The engagement announcement was made by her parents on their Instagram accounts. 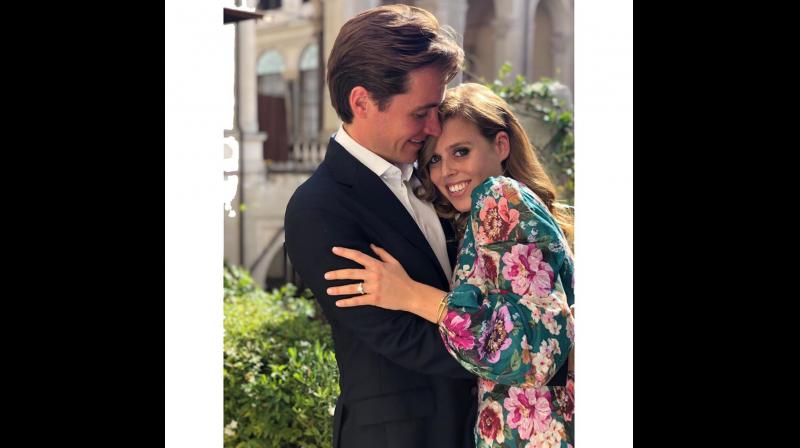 Princess Beatrice, the elder daughter of Prince Andrew, Duke of York and Sarah Ferguson is all set to marry her boyfriend Edoardo Mapelli Mozzi.

Her parents announced the news on Instagram that couple got engaged earlier this month in Italy. “We are thrilled that Beatrice and Edoardo have got engaged, having watched their relationship develop with pride,” said The Duke and Duchess of York in a joint statement.

“We are the lucky parents of a wonderful daughter who has found her love and companion in a completely devoted friend and loyal young man. We send them every good wish for a wonderful family future,” they added.

The Princess, who is ninth in line to the British throne, had been with Mr Mapelli Mozzi for the past two years. Despite being together for a while, they had been spotted only a handful of times in public together.

The statement said that the wedding is set to take place in 2020 and further details will be revealed in due course. Edoardo presented Beatrice with a ring he designed himself along with British designer Shaun Leane. It featured a princess cut diamond in the centre, flanked by smaller baguette diamonds on the side.

I know what a mother feels so I have tears of joy. I am so proud of this sensational news. Andrew and I are just the luckiest people ever to have two great sons in law. @princesseugenie took the colour photographs as my girls are so close. Beatrice and Edo wanted her to capture this special moment. The black and white photographs were taken by Misan Harriman

“We are extremely happy to be able to share the news of our recent engagement. We are both so excited to be embarking on this life adventure together and can’t wait to be married,” said Princess Beatrice and Edoardo. “We share so many similar interests and values and we know this will stand us in great stead for the years ahead, full of love and happiness.”

Princess Beatrice’s younger sister Princess Eugenie married her long-time boyfriend in October 2018 in St George’s Chapel, Windsor Castle. This is the fourth royal wedding in a span of a year and a half for the British royal family, after the Sussex wedding in May, Princess Eugenie’s in October and Lady Gabriella Windsor’s in early 2019.

Edoardo, or Edo as he is called, is a wealthy business man and is the director of a property development firm. He also has a two-year son from a previous relationship.

“We are truly delighted about Edoardo’s and Beatrice’s engagement. The family have known Beatrice for most of her life. Edo and Beatrice are made for each other, and their happiness and love for each other is there for all to see,” said Edo’s parents, Nikki Williams-Ellis and Alessandro Mapelli Mozzi in the same statement.

“They share an incredibly strong and united bond, their marriage will only strengthen what is already a wonderful relationship,” they added.

The Mapelli Mozzis and the Yorks have been family friends for decades. The Princess and Edo started dating after she split up with Dave Clark, whom she dated for 10 years. Edo and Beatrice were pictured together at singer Ellie Goulding’s wedding last month.

The Queen and Prince Phillip have not yet made any statement about the engagement announcement. More details of the wedding will be announced soon.