Boman Kohinoor, a prominent personality from Mumbai passed away due to cardiac arrest. 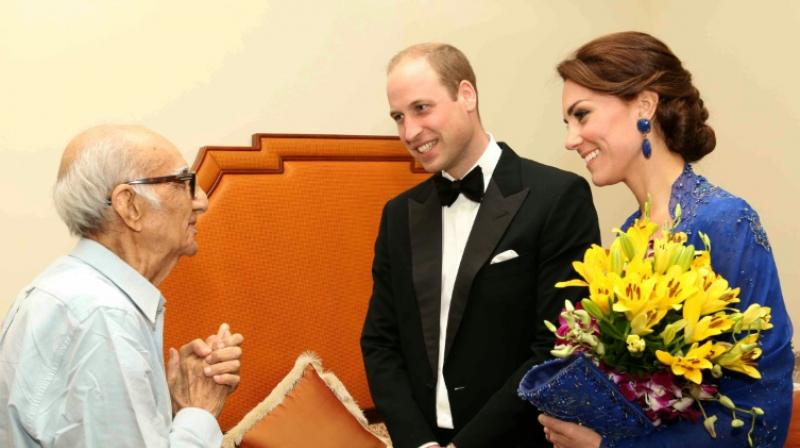 He met Prince William and his wife Kate during their week-long trip to India and Bhutan. (Photo: AFP)

The Indian Parsi restaurateur "was suffering from cardiac issues and passed away at 4:45 pm (1115 GMT)," an official from Parsee General Hospital told AFP.

Kohinoor was the star of a social media campaign in 2016 when his dream came true. He met Prince William and his wife Kate during their week-long trip to India and Bhutan.

"It is heartbreaking to report that the love of our life, Mr Boman Rashid Kohinoor, senior partner of Britannia & Co Restaurant, passed away at Parsee General Hospital," Mumbai-based blogger BombayWallah tweeted.

"He was 97 years old & Bombay's most beloved inhabitant."

Kohinoor's father opened Britannia & Co Restaurant in Mumbai in 1923 and Kohinoor worked there his whole life. The decor reflected his love of the British royals.

On the wall was a large, framed photograph of Queen Elizabeth II and next to it a portrait of Indian independence hero Mahatma Gandhi.

The restaurant also had a giant cardboard cut-out of a grinning William and Kate.

Kohinoor wrote regular letters to Queen Elizabeth over the years and even received a reply from one of her representatives at Windsor Castle, an official royal residence.