Young girl impales herslef on metal spikes while out playing

Glasgow’s Lilly McDaid needed four hours of surgery and has had to be fitted with a stoma bag after one of the posts speared her bowel. 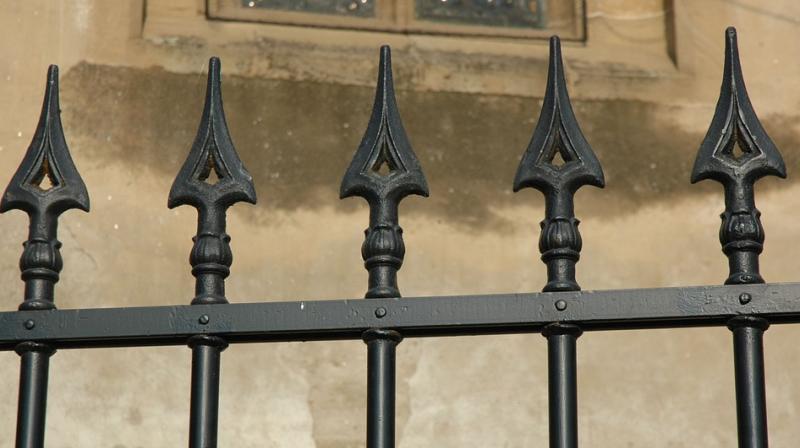 The youngster, Lilly McDaid, from Castlemilk, Glasgow, needed four hours of surgery and had to be fitted with a stoma bag after one of the spikes pierced her bowel. (Photo: Pixabay)

In a shocking incident, a six-year-old schoolgirl suffered horrific injuries after getting impaled on metal fence spikes while out playing.

The youngster, Lilly McDaid, from Castlemilk, Glasgow, needed four hours of surgery and had to be fitted with a stoma bag after one of the spikes pierced her bowel.

According to the youngster’s mum, she heard screams after Lilly slipped and fell off the roof of a bin shed and onto the fence. The brave little girl, however, managed to pull herself off the railings and was able to reach her big sister;s house where she collapsed.

Speaking to Daily record, the mum-of-four said she was in shock. She further added that the fence went into Lilly’s backside. The youngster also sustained injuries on  her hands.

When she arrived at hospital, she had to see a specialist for an emergency operation on her bowel, where she was fitted with a stoma bag to collect waste.

The 43-year-old added: “It was terrible. I would never want to see any other child go through that.”

Her worried mum says they it's not just the physical injuries but the psychological trauma she has suffered that's having a big effect.

While Lilly has recently been able to return to school she is paranoid about the waste bag, which she might need permanently.

Housing chiefs have since refused to change the railings, despite Michele's pleadings.