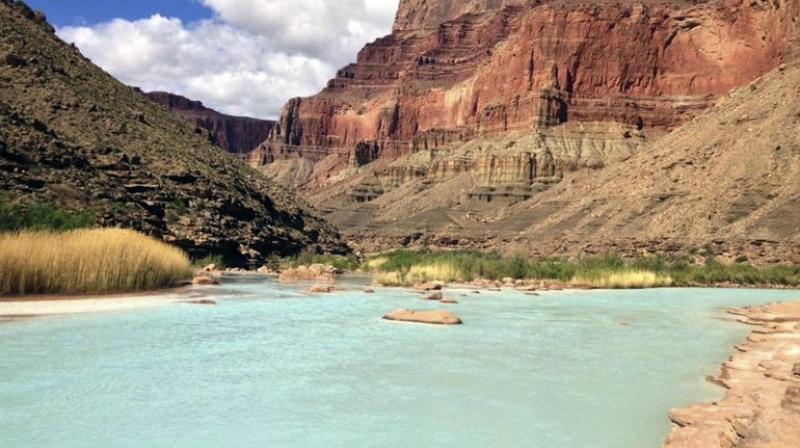 The Federal Energy Regulatory Commission has no hard deadline to act on the request for the preliminary permits. (Photo: AP)

Arizona: Native American tribes, environmentalists, state and federal agencies, river rafters and others say they have significant concerns about proposals to dam a Colorado River tributary in northern Arizona for hydropower.

The Navajo Nation owns the land, and the projects won’t move forward without the tribe’s OK. The tribe wrote in comments posted online Monday that the dams could negatively impact its land, water, wildlife and cultural resources. Cameron, the Navajo community closest to the proposed projects, already has asked the Federal Energy Regulatory Commission to deny the permits.

The Hopi, Hualapai and Havasupai tribes also said they are concerned about possible impacts to sacred and historical sites and want to ensure the federal government keeps them in the loop on the proposals.

“A project such as this would forever disturb a traditional cultural landscape that maintains historic and sacred value and that is part of the cultural identity of the Hualapai people and other neighboring tribes,” Hualapai Chairman Damon Clarke and Peter Bungart, the tribe’s historic preservation officer, wrote in their comments.

The Federal Energy Regulatory Commission has no hard deadline to act on the request for the preliminary permits. Construction would not start on the dams for at least a decade if they ultimately are licensed.

The projects would create power by moving water between upper and lower reservoirs, known as pumped storage. Such projects are seeing renewed interest as a way to supplement the electric grid. Irwin said the Navajo Nation is an ideal location because of the steep canyon walls and the water source. But he said he is willing to tweak the proposals in response to comments. He also has said it’s unlikely both proposed projects will be built.

“I’m sure it will change,” he told the Arizona Daily Sun. “No battle plan survives the first day of battle.” More than 100 comments were filed on each of the two proposals. People across the country urged the federal government to consider the impacts to recreation, an endangered fish, the Grand Canyon and the Colorado River downstream, the solitude of the region and water rights. The Little Colorado River is the subject of a long-running water rights case in Arizona.

The river flows intermittently and can carry heavy sediment during the spring runoff and monsoon season. It’s also the primary spawning habitat for the endangered humpback chub in the lower Colorado River basin. Two-thirds of that habitat could be destroyed if the dams are built, the Interior Department wrote in its comments.