Piglet saved by rescue group is eaten by adoptive owners who couldn’t cope with her growth. 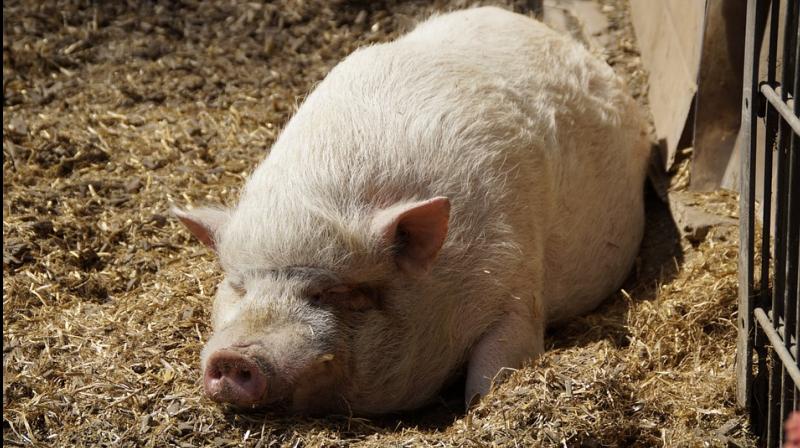 Molly's new owners, a couple from Vancouver Island, took her home on 19 January of this year. (Photo: Pixabay)

In what can only be termed shocking and cruel, Molly the pot-bellied pig who was adopted from an animal sanctuary in British Columbia, was eaten by her new owner a month later.

Animal rights activists are furious after learning that Molly, who was one of 57 pigs Vietnamese pot-bellied pigs taking refuge at the Society for the Prevention of Cruelty to Animals (SPCA) in Duncan, BC. was slaughtered for meat.

Speaking about it, Lorie Chortyk, long tome employee of SPCA in BC said, “Normally you are getting pictures about how great they are doing because it’s a pretty exhaustive application process to make sure that we find a good home.”

Speaking to Chek News, Chortyk added that sadly one cannot forsee that someone is going to be untruthful.

Molly's new owners, a couple from Vancouver Island, took her home on 19 January of this year. They had, like all prospective owners, been well-vetted.

They are said to have encountered problems training the pig. On 16 February they informed SPCA that they had used Molly for food.

SPCA worker, who remembers caring for Molly, told CBC: 'First reaction I'd say was shock. Heartbreak. You know, all the animals that come through our care or branches we get attached to.”

The worker added, “To hear that somebody did this to an animal that we worked so hard to make sure was healthy, and tried to get into a good home, is absolutely heartbreaking.”

It is not clear whether the new owners signed anything that would prevent them from eating Molly as food but it is not a criminal offense to breach an SPCA contract.

Expressing outrage on Facebook, animal rights group and sanctuary RASTA, also based in BC, said: 'It takes a special type of person to adopt an animal from a rescue organization simply to take them home to kill them, and eat them.

Molly's new owner is not being charged with animal cruelty but SPCA has banned them from adopting any pets in the future, at least from the province of BC.