Planning for the long haul... really?

The general public has been shocked at a Chennai school’s recent admission form going viral, bringing a debate on education. 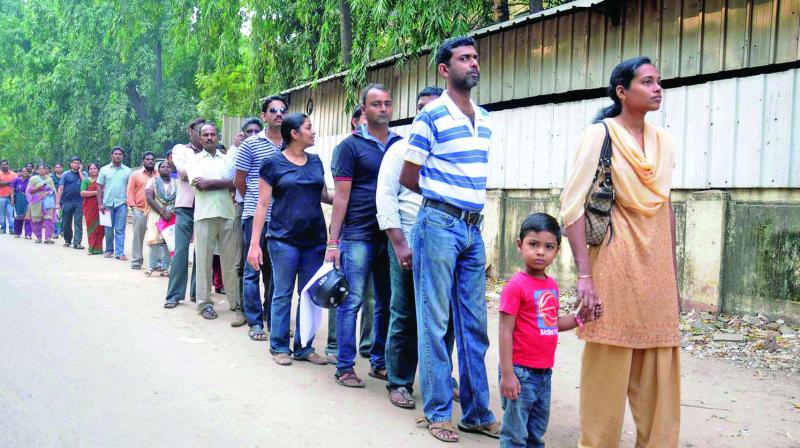 Unless the public education level is brought up to a better mark, this kind of demand for few schools will continue to exist.

When the film 3 Idiots was released, many of its lines struck a strong chord with the audience — none more than those about our country’s education system, and how the future of our children is decided even when they are still an embryo inside the mother’s womb!

While the point may have seemed slightly dramatised, an admission form of a renowned school in Chennai, which has been going viral across digital platforms, has been raising eyebrows... and indicates the staggering rigmarole of sorts parents are subjected to nowadays to admit their kids into a school of ‘prestige’.

The form pronounced the admissions into LKG closed till the year 2020 — and asked the parents of kids born in 2017 (and perhaps those still in the womb) to line-up for admissions to the 2021 batch! A scary announcement for those who believe in living in the moment, ain’t it?

With this form pulling yet another trigger for a discussion on the education system and whether such high demand for certain schools is linked to quality, educationists and parents from Chennai put forth their views.

The situation points to education being commodified, believes Anuradha Krishnamoorthy, a parent. She says, “For those who can afford, and want their children in premium schools, this kind of waitlist is inevitable for years now. With many parents wanting their children to go to certain schools, the schools themselves can’t help but bring in rules. Unless the public education level is brought up to a better mark, this kind of demand for few schools will continue to exist.”

Although the scenario has been seen for many decades now, it does not imply a shortage in the quality schools that exist in the state, says Chitra Varma, a corporate trainer and former principal from one of the well-known schools in the city, adding — “Even when I had my son, about three decades ago, one had to enroll for their children into schools right when they were pregnant! We must admit that parents are prejudiced about where they want their children to study. Although the schools in the city are, in general, maintaining good standards, few parents don’t want to risk it.”

On the other hand, P.B. Prince Gajendra Babu, the general secretary of the State Platform for Common School System, says the high demand for certain schools is plainly for the ‘brand name’ and has nothing to do with the quality. “It is mostly to do with the social and economic status of the parents and them wanting to have their kids in schools which carry a brand name, which does not really help a child. But we can see that even corporation school students are doing exceptionally well. So, it’s all about the demand that exists among certain affluent sections of our society,” he says.

Actor and parent Arun Vijay says it is necessary for a parent to make a choice regarding the school, depending on their child’s requirements instead of being bogged down by other parents. “I’ve had friends who told me that I must put my kids in certain schools, but I always believed in doing my own research and choosing what I thought was good for my children. I don’t let the societal pressure get to me. It should always be about where the kids are comfortable and not what the parents alone want,” the actor concludes.