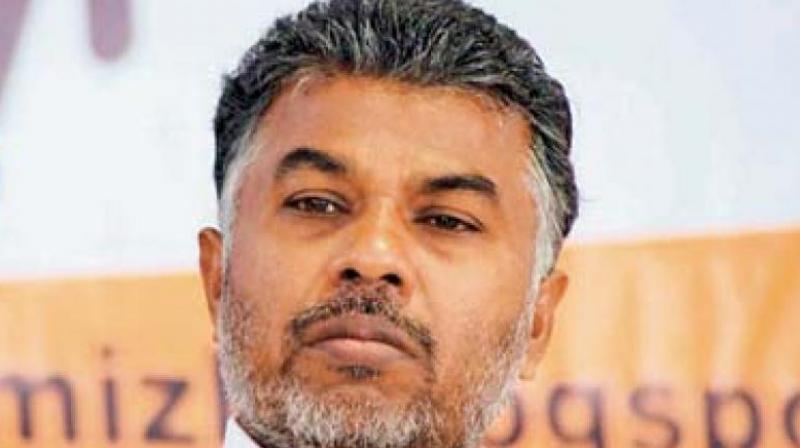 Distinguished writer Perumal Murugan and celebrated Carnatic singer and activist TM Krishna have collaborated and composed a song on the issue of the recent attacks on Periyar statues in which Perumal Murugan has penned down the lyrics and TM Krishna has sung the song.

The incidents of vandalism began after BJP won the polls in Tripura and soon after a statue of Lenin, the icon of Russia, was brought down by some vandals. Tamil Nadu was also affected by this after BJP leader H Raja’s threatening post on a social media site to vandalise statues of Dravidian social reformer Periyar and that is exactly what followed after 24 hours with a Periyar statue desecrated in Vellore. But later the post was taken down and Raja apologised and blamed his Facebook page admin for it.

In the next couple of weeks, fresh incidents of vandalism were reported-another Periyar statue was damaged in Pudukottai district and a bust of Savitribai Phule destroyed in Telengana’s Sircilla.

The song mainly speaks about the glorious statues that were built decades ago by people who tirelessly sculpted them from their imagination, some of gods and some like Periyar’s which are reminiscent of the past and are all, in fact, works of art.

Art as wealth of time is a civilisational concept that had stood the test of time in most places although wars have been an exception in destroying heritage with a vengeance as in Iraq and other places recently. The Bamiyan Buddhas were destroyed by the Taliban in Afghanistan. But, currently, it is sheer politics that is leading to the desecration of statues of leaders in India who were held in high esteem in their time and after. The song of anguish about such destruction might help bring about some sense in the protesters whose cause has little to do with the statuary of icons being disturbed.

The lyrics of the song translate to

“Statues are works of art
Art that is the wealth
of time
With boundless
imagination
Priceless labour
did sculpt
Be it the god
who enchants
From the hilltop, Or Periyar, who reminds us of our past
Standing tall in the middle of the road!”