When politicians play it dirty

Women politicians are often soft targets for their male counterparts, who unhesitatingly subject them to sexist remarks and stereotyping. 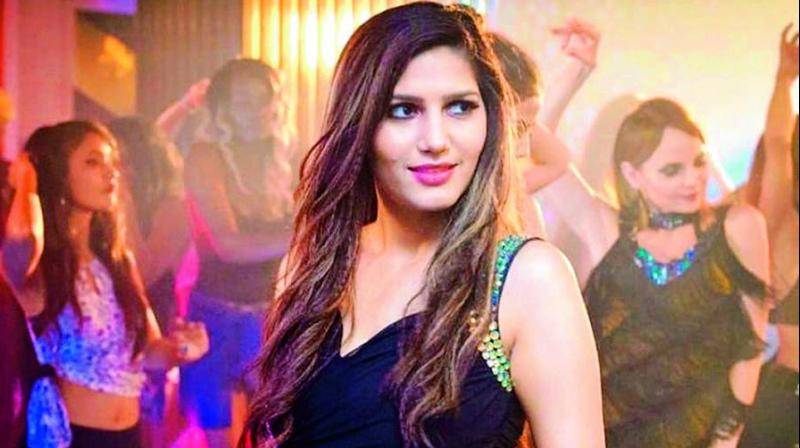 Despite the fact that there are many female leaders who have made a mark in Indian politics, many of them still continue to face the social stigma related to their profession.

Unlike their male counterparts, female politicians are called demeaning names and subjected to gender stereotyping, especially around election time. The most recent case being of BJP MLA Surendra Singh publicly slamming artiste Sapna Chaudhary, who was rumoured to be joining the Congress, for being a dancer. The Uttar Pradesh legislator not only made offensive remarks against Sapna, but also against UPA chairperson Sonia Gandhi.

A day after Haryanvi actor-dancer Sapna Choudhary joined the Congress, Singh allegedly commented that Congress chief Rahul Gandhi is taking his family’s tradition ahead by roping in a ‘dancer like his mother Sonia Gandhi’.

Incidentally, just days ago, the MLA had targeted Mayawati by saying that she does facials every day and colours her hair, so she has no right to attack PM Modi.

Sadly, this is not the first time a politician has attacked a woman. Not too long ago, Mumbai Congress president Sanjay Nirupam had passed a derogatory remark against Union Minister of Textiles Smriti Irani.

“You used to charge money to perform dance shows on television, and now you have become an election analyst,” Nirupam had told Irani during a TV debate.

Veteran actress and Member of Parliament for Mathura, Hema Malini was also subjected to humiliation when JD(U) President Sharad Yadav said, “The body of women from South is as good and beautiful as they are. In our region, they (the women) are not that good as those (in south) know dancing.”

Yamini Reddy, a Kuchipudi exponent from the city comments, “To be a politician, all that is required is to be a model citizen. Your profession should not matter as long as your intent is good and you are able to work selflessly. It’s sad that people make such derogatory remarks about women who have worked in the field of entertainment.”

She adds, “Our politicians, who represent us in Lok Sabha, should behave and speak responsibly. Everyone must maintain decorum. There are certain limits that should not be crossed, especially when you are a representative of the people.”

Meanwhile, Singh’s derogatory comments have understandably set off a huge outrage on social media. While some argue that one’s profession must not be a point of contention as there are several dancers who are awarded and honoured for their contribution to the arts, a few others state that Sapna doesn’t belong to the league of “those dancers” since she performs on movie songs.

“How does that make any difference at all?” questions danseuse Yashoda Thakore, adding, “Such comments are made by people who have no knowledge of art. Not everyone has it in them to walk on a stage and perform and entertain people. That should be respected. It is very unfortunate that people make such remarks about a woman. Such people just don't deserve any kind of reaction.”

Not just female politicians, even female family members of male politicians seem to be easy targets. Soon after Donald Trump became the 45th President of the United States of America, nude pictures of the First Lady Melania Trump started doing the rounds on the Internet.

Closer home, Radhika Kumaraswamy, who was an actress before she married HD Kumaraswamy, was attacked by rivals soon after her husband was announced to be the next Chief Minister of Karnataka.

Kuchipudi dance exponent Alekhya Punjala, who is also the Registrar at the Potti Sreeramulu Telugu University, asks that if the profession of a person is so important to enter politics, then how do so many known (and charged) criminals get party tickets for elections?

“We have seen so many gangsters and criminals venturing into politics. Nobody seems to have a problem with that. But a girl who is a dancer wants to stand for elections and everybody has an opinion! Such kinds of people are our leaders and that is why we have a sorry state of politics in India. Politicians must be held accountable for such statements,” says Alekhya.

Not the first time

It is not a new ball game that Sonia Gandhi, time and time again, finds herself on the receiving end of such politically motivated attacks.

Last year, during the campaigning of Karnataka State Assembly elections, the BJP leaders along with the PM Narendra Modi made a scathing comment on Sonia Gandhi’s Italian ancestry.

He had then said, “I dare the Congress president to speak in Hindi, English or the mother tongue of his mother to deliver a speech in Karnataka for 15 minutes,” he said. Moreover, in a rally in Jaipur, he also alluded to her as, “Congress ki vidhwa.”