A taste of Game of Thrones, Harry Potter and Friends

The hugely popular boy wizard Harry Potter just completed 20 years and all of us would do anything to revisit the magical world of Harry Potter. 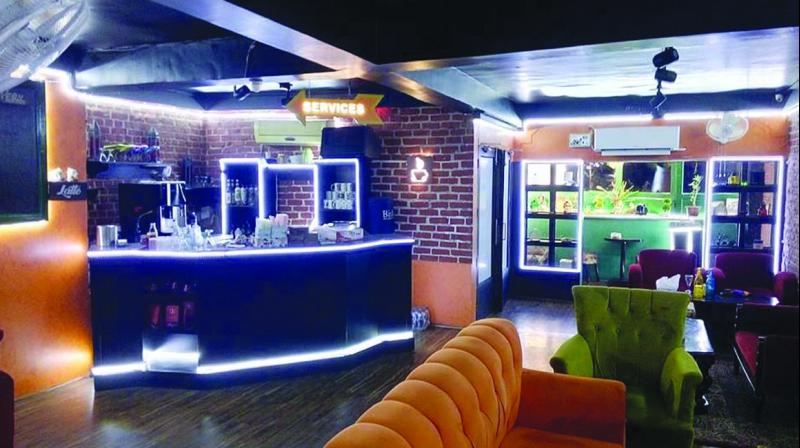 A city restaurant themed on the famous sitcom Friends

The countdown has begun. The next season of Game of Thrones (GoT) is just 20 days away. And die-hard GoT fans in the capital can watch the latest series the perfect way — while sitting on the Iron Throne itself! Yes, you heard it right! A replica of the famous iron throne from the popular fantasy drama series takes pride of place at The Westeros, a GoT-themed café and lounge in Lajpat Nagar.

The hugely popular boy wizard Harry Potter just completed 20 years and all of us would do anything to revisit the magical world of Harry Potter. Well, you can do that at Platform Nine and Three Quarters, a Harry Potter-themed café in East Delhi’s Vivek Vihar.

Head towards North Campus and voila! Central Perk from your all-time favourite Friends is waiting for you with the same orange couch and pictures of Ross, Rachel, Chandler, Monica, Joey and Pheobe.

Cafes based on TV-series, films and literary worlds are a big draw because of their themes. “It usually takes two years for any new restaurant in the market to even reach break-even point in terms of sales. But probably because of the mega popularity of GoT, the café has got a great response so far and the footfall is increasing,” says Saksham Singh Chauhan, owner, The Westeros. 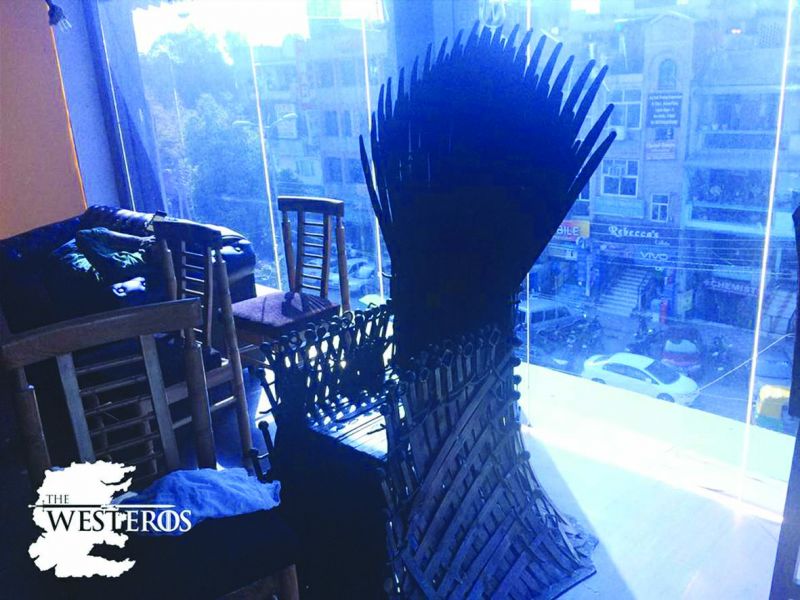 GoT inspired Iron Throne at the city’s Westeros Cafe

The café is decorated with fascinating maps of Westeros (from GoT), popular quotes from its characters Tyrion Lannister and Jon Snow, the magnificent Iron Throne, and huge paintings of Daenerys Targaryen and Jon.

Ajit Kumar, owner of Central Perk in G.T.B. Nagar, agrees that it is the theme of Friends that attracts large number of students from North Campus. But during vacations, the crowd is comparatively thinner. “I visualised the café in a way that when people come here, they feel the warmth of a good time with friends, just like it was on the show. So just in front of the orange couch, we have pictures of the six friends from Friends. The response has been amazing but we have to make sure that we serve good food so that people want to keep coming back,” says Ajit.

Agrees Prerna Batra, owner of Platform Nine and Three Quarters, who feels that one should play up such themes but not experiment too much with it. She says. “There are endless opportunities when it comes to playing with Harry Potter as a theme, but we didn’t delve too much into it since one can’t be too sure of the response. But every once in a while, a Harry Potter fan pops in and makes it all worth it. To get a little more into the theme, we just launched Butterbeer, the popular wizarding beverage from the series.”