Other experts feel that social media is a level-playing field and both parties were within their rights to voice their opinion. 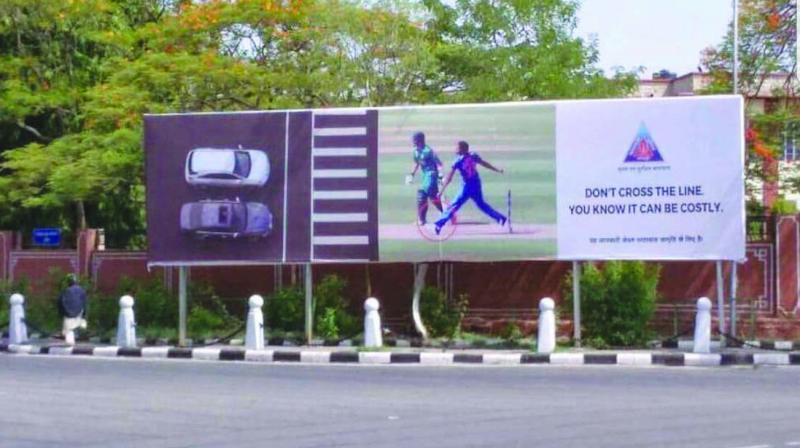 Many found it funny when the City Traffic Police Faisalabad in Pakistan and their Jaipur counterparts used the picture of Jasprit Bumrah bowling the no ball in the final of Champions Trophy to spread traffic awareness. But the pacer wasn’t amused. In a series of tweets, he expressed his disappointment over such a negative portrayal, which led to Jaipur cops deleting the controversial tweet with a photo of a billboard with image of Bumrah’s no ball and attempting to call a truce with the cricketer.

But was the tongue-in-cheek tweet that took a dig at the bowler while asking drivers to stay behind the line at the red light, really in poor taste? Ad man Prahlad Kakkar believes that though the campaign is certainly effective, it was unethical on part of the Jaipur Traffic Police to use Bumrah’s image without his permission. “The campaign is certainly effective in communicating the fact that there’s a penalty to pay if you overstep the boundary but the cops crossed the line when they used his picture without permission. That is unethical. If they had used Amitabh Bachchan’s picture, he would have sued them, not for lampooning him but using his face, which usually costs around six-seven crores, without his permission,” says the ad filmmaker. And what would Big B would have done to City Traffic Police Faisalabad? Kakkar jokes, “He wouldn’t sue then, he would have done a surgical strike.” 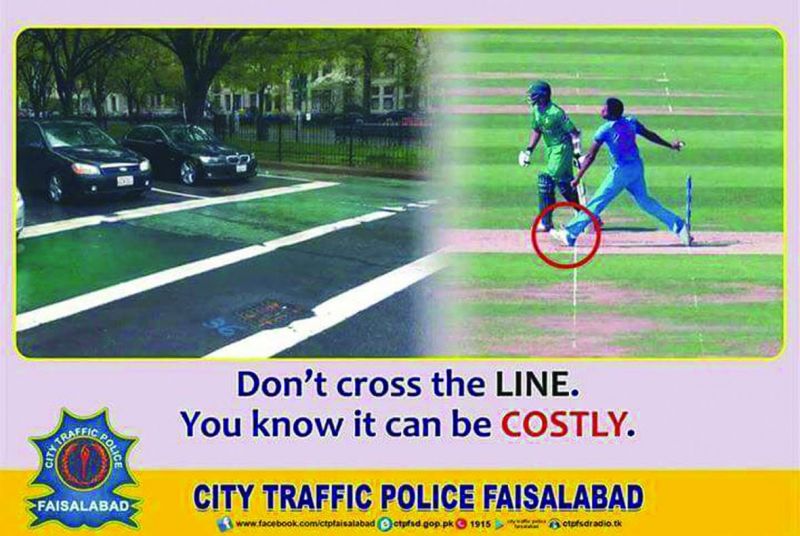 Kakkar also has a small piece of advice for the Mumbai Indians player. “Tell him that a small caricature shouldn’t bother him. It’s a very small setback. You can’t have everyone praising you all the time. And where’s your famous smile gone?”

Other experts feel that social media is a level-playing field and both parties were within their rights to voice their opinion. Ayaz Memon, cricket expert, says he liked the fact that Jasprit got his own back. He says, “Jasprit made a valid point that others should poke fun at others only if the former didn’t make mistakes. The police also apologised. If you can take pot shots at others, be ready to face the consequences.”

Comedian Sorabh Pant seconds Ayaz and adds, “Though it’s slightly strange for a government organisation to be doing so, I’m not going to say who has the right to make a joke and who hasn’t. While the Jaipur cops had the right to make a joke, so did Jasprit in calling them out.” However, before signing off, on the efficacy of such witty remarks on spreading awareness, he says, “Well, the Mumbai Police has been doing it for a while and it certainly grabs more attention compared to sermons.”