History behind the iconic Pride flag

Gilbert Baker, the designer of the rainbow flag originally made it with eight colours. 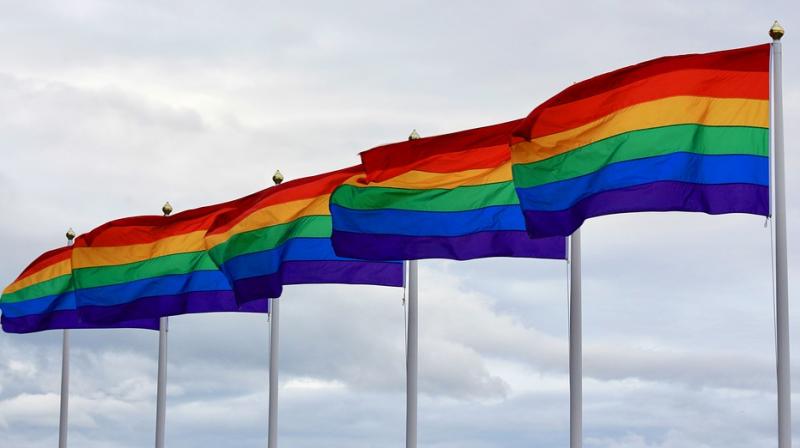 The rainbow flag has been the symbol for LGBTQ pride for 41 years now, since the flag debuted on June 25, 1978. The flag has been proudly flaunted by the lesbian, gay, bisexual, transgender and queer community in all parades and today, it is unanimous with gay pride, all over the world.

The flag was unfurled first at the San Francisco Gay and lesbian Freedom Day Parade at the United Nations Plaza. It was designed by Gilbert Baker, a 27-year-old gay rights activist. He was inspired by the rainbow, reported The Telegraph.

The initial design has eight colours, two colours more than the current flag. The colours that are not featured now are pink for sex and turquoise for magic. Today, the flag is widely seen with six colours; red for life, orange for healing, yellow for sunlight, green for nature, blue for serenity, and violet for spirit.

The first flag was sewn by hand by Baker and it measured 30 feet by 60 feet. The two colours pink and turquoise was removed to make it easier for mass production.

The flag was used since 1978, but only in 1994 did it become a symbol for LGBTQ pride. In 2015, Baker gifted the six-coloured version to Museum of Modern Art (MoMA) in New York.

Today, there are different versions of the flag available. There are a few with brown and black stripes to represent people from the minority ethnic groups.