Is the cancel culture going too far now?

Is the Cancel Culture that has gripped the world noting but latent aggression welling up in the COVID and its restrictions? 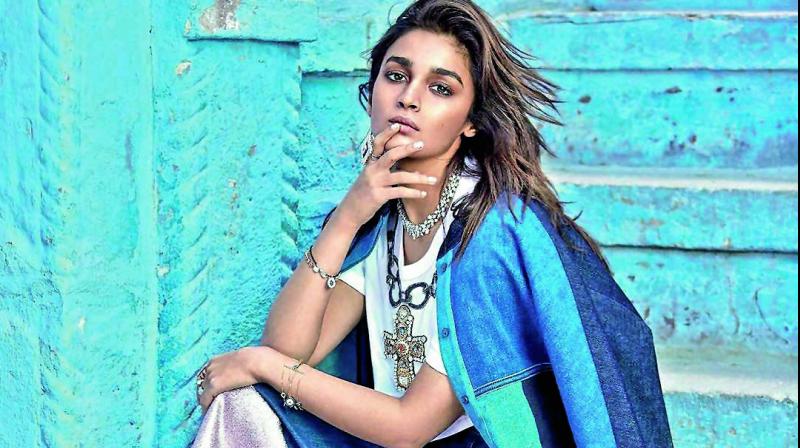 In India, Bollywood actors and filmmakers like Karan Johar, Alia Bhatt, Sonakshi Sinha and others have been at the receiving end of the Cancel Culture over the nepotism issue

The Woke Culture that was in vogue a little while ago, with its focus on social and racial justice, has given way globally to the Cancel Culture, a form of behaviour meant to penalise celebrities for having views or indulging in practices that the larger public considers offensive.

In India, Bollywood actors and filmmakers like Karan Johar, Alia Bhatt, Sonakshi Sinha and others have been at the receiving end of the Cancel Culture over the nepotism issue triggered by the suicide of young actor Sushant Singh Rajput.

Due to the non-stop online shaming, many celebrities have deactivated their social media accounts and others are being cautious about putting up posts, fearing retaliation.

Cancelling can start with a roast or review video that could snowball into a serious hate movement against a popular personality.

YouTuber Shidush Contractor says content creators and their audiences have a relationship where one provides and the other consumes with feedback.
“In the latest video, USA-based YouTuber Shane Dawson faced backlash from audiences for his racist and paedophilic segments and was ‘cancelled’ by his audience. In India, the controversial roast by Carry Minati and Kunal Kamra is the latest example. If the content is objectionable the audience will give feedback, and it will not necessarily be positive,” says Shidush.

The virtual trumps the real

Comedian Maheep Singh feels it has become a trend to import movements and revolutions from the West. “There is too much information available on everything and too little time to form an educated opinion. The cancel culture or call-out culture is the latest example of that,” he says.

Referring to the Cancel Culture in regard to the Bollywood nepotism issue, he said “In the case of Sushant Singh Rajput’s tragic suicide, there are too many aspects that need to be looked into thoroughly. It is not the prerogative of some celebrities to call out their adversaries or their competitors without substantiating allegations with proof which can be presented in a court of law.”

Another downside of the Cancel Culture is that it turns people into activists without a cause. Former journalist and social entrepreneur Iram Mirza feels the ‘woke generation’ has confused activism with a fashion accessory.

She says, “We are living in an era where public opinion is often loose, transitory and without adequate facts (to back it up). Shaming and ostracisation are one of the old tenets of our DNA. Right now, it’s all reactive, and that needs to be in check.”

But is the Cancel Culture all bad?

The world is experiencing ‘internal aggression’ as a fallout of the extended coronavirus lockdown, and that could be a reason for the rise in hate comments against public figures.

Gautam Seth and Parteek Jain, founders of Klove, caution social media users to check facts before expressing opinions. “There are two kinds of issues that celebrities talk about on public platforms — social and personal — and it’s not fair to attack anyone when they express their take on an issue,” they say.

“Everyone wants to be rich and famous, and when someone manages to reach that position (even with the help of family or connections, if nepotism is involved) it’s not fair to overlook their hard work and bash them for their achievement. Although, if a celebrity supports some social cause and then acts against his stated views for the sake of money, it’s fair to call him out for hypocrisy,” they add.

“But importantly one has to use dignified language and fact check before attacking someone on a public platform,” they caution.

Sometimes, people who are in no way involved are dragged into controversies that kill their careers. Is this fair? asks actor and businessman Pankaj Bhalla.

“When a film boycott trends on social media, it’s not just the work of the filmmaker or the actor which is hit, it is the hard work of many people too, and cancelling everyone’s effort due to one person’s mistake is not fair. I don’t support the Cancel Culture because when a public figure comments about a particular situation, those are his/her personal views and social media users can disagree with them. But to boycott someone for their personal view is not right.”

Filmmaker Boishali Sinha believes that before correcting someone on a public platform, one has to be super careful about presenting facts. She says, “Is it that important to tell someone that they are wrong? I would leave it to the lawmakers to judge what’s right or not. Boycotting someone based on a controversy is extreme.”

While some content creators believe in putting up things online to get attention, others feel it’s better to keep such matters private.

Kabir Nagpal, a content director, says, “One doesn’t have to jump into everything that’s trending. And when you’re famous with millions of followers, you have a social responsibility to be extra careful while presenting sensitive matters.”

Meanwhile, over 150 prominent personalities in the US, including authors J.K. Rowling, Salman Rushdie and Barack Obama recently urged people to stop this trend of online shaming and boycott of an individual over a controversial matter.