Teacher, Teacher, Where Art Thou?

As per HRD Ministry officials, Delhi was found to have the poorest student-teacher ratio after Bihar. 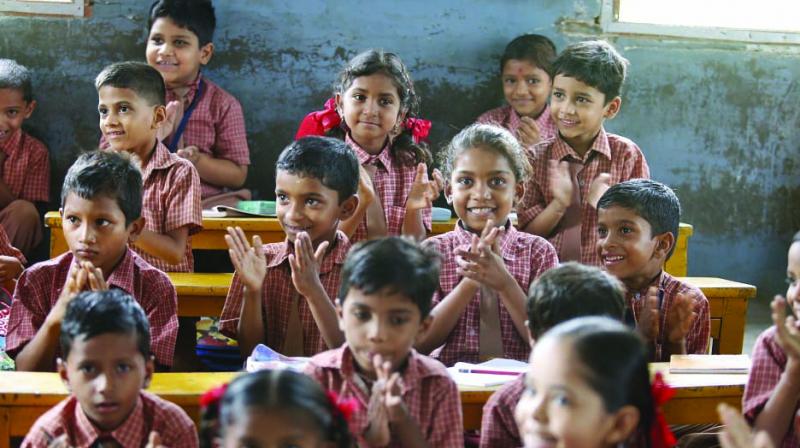 The lack of attention a student gets often leaves them to resort to tuitions and coaching classes.

The Indian education system has often come under the scanner. Reasons? Outdated curriculums and the inability to accommodate all kinds of students. But another major cause for this dismal situation happens to be the low student-to-teacher ratio. And the situation in Delhi is no better, as per HRD Ministry officials. In fact, at 35 students to one teacher, it is only better than Bihar, where the ratio is 38:1.

Trying to decode the reason behind such a low ratio, Shriya Sachdeva, a Delhi-based student, explains, “It could possibly be the lack of qualified teachers or institutions bent on accommodating too many students.” Khyati, a postgraduate student, points out that in a class with one teacher for 40 students, many concepts are bound to get lost on the students. “Nobody pays attention to whether they are understanding the lessons or not,” laments Khyati.

According to Shaurya Dey, a Delhi resident, finding out that the city has a “poor teacher-student ratio” is not alarming, but to know that it’s the second-worst after Bihar is “disconcerting”. He opines, “I think it’s the sheer number of students to which the teachers in Delhi have to cater to, that worsens the situation. I imagine that it’s not feasible for most schools with relatively small campuses to have many classes that host a smaller number of students.”

The lack of attention a student gets often leaves them to resort to tuitions and coaching classes. Vibha Jha, a School teacher, feels, “To some extent, tuitions are helpful but not the ultimate solution as all parents cannot afford to pay tuition fee apart from school fees.” Khyati continues, “I don’t think that tuitions can solve these problems because these days tuitions have the same ratio as classrooms.” Shaurya conveys a similar sentiment. He feels, “If you’re trying to make up for the lack of individualised attention in school by going to tuition centres that often seem like a second school, it’s going to be of no use.”

Vibha raises another important point, saying “Nowadays special children are also present in the class, who require individual attention which the teacher is unable to give. Slow learners are also ignored in the present scenario of classrooms.”

As per the guidelines of the Right to Education Act, the student-teacher ratio should not go beyond 30:1. With the ratio seeming to be an uphill task to rectify, Shriya opines, “The institutions must keep a lower amount of students in one class and should focus more on imparting education and less on making
business.”