To celebrate World Photography Day recently, some of us were taken on a private guided tour to experience the marvels within. 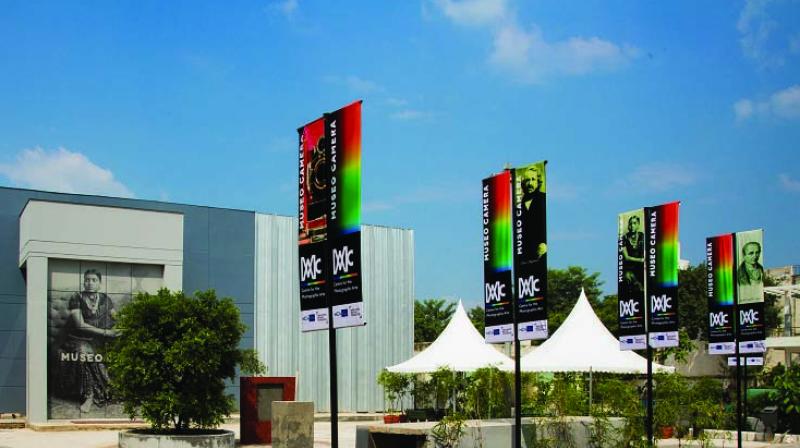 It is here that the true creativity is seen, beyond mere reportage or documentary.

You don’t take a photograph, you make it” — “there are always two people in every picture: the photographer and the viewer,” remarked the legendary photographer, Ansel Adams. The language of photography is unique — the best of this genre requires the artist in a photographer to transcend the mere reality of the subject, and reveal something extraordinary in the ordinary. It is here that the true creativity is seen, beyond mere reportage or documentary.

Photography fans in India's capital region have much to rejoice with the opening of the extraordinary “Museo Camera: Centre for the Photographic Arts” in Gurugram. This brand new, beautifully engineered, designed and appointed museum of photography has been a passionate brainchild of the fine photographer/archivist, Aditya Arya. Arya is well known for his deep personal fascination, exploration and practice of vintage photographic processes — their tactility and analogue nature — “cyanotype”, “anthotype”, “salt print”, and “gum bichromate”. These images are dream-like and haunting; almost ephemeral, ethereal and intriguingly abstract.

To celebrate World Photography Day recently, some of us were taken on a private guided tour to experience the marvels within. This is the national capital region's first international standard museum dedicated to this art. The first installation that you notice upon entering is the dramatically striking chandelier made from 67 Yashica twin lens reflex cameras. The museum itself has an avant-garde industrial feel, innovatively constructed within an old existing government building that housed a badminton court among others facilities.

The outstanding photographer, Bandeep Singh, writing in India Today about the collection of cameras at the museum, had some interesting back-stories to share: “Notable among the displays are rare cameras like Watson studio camera dating back to 1885, it was the kind used by Raja Deen Dayal, one of the earliest pioneers of Indian photography. Also displayed as a part of the collection is the Century Graphic large format camera made during the turn of the 19th century in 1899. It was the main camera used for creating the iconic studio portraits of the Indian maharajah. The other historic cameras in the collection are a 1910 Kodak stereoscopic camera which shot the image with two lenses to create a 3D effect, special purpose cameras like the World War II, Fairchild K20, which took a mammoth 4x5 inch, 100 feet film roll and was used to photograph the Hiroshima bombing. Then there is a 1907 Ticka, a miniature watch sized spy cam along with an array of box and bellow cameras that don't look remotely close to devices we now photograph with.” Besides the camera museum, the building also has two art galleries, a resource centre, a café, a gift shop, and a unique photo darkroom facility open to practitioners of old-fashioned analogue photography.

“A day spent at the museum will be like attending a full course of the history of photographic processes,” says photographer and installation artist, Samar S Jodha. I was fortunate to witness Jodha's own large photo installations and the accompanying book titled Outpost (Venice Biennale/Art Events) in Delhi some time ago. The photographs which are now part of a permanent exhibition in Italy, show that his artistic preoccupation transcend the domain of a gallery/museum space to a much wider ambit — that of the fine balance between fragility and sustainability, between ravages of industrial waste and its unexpected beauty, between societal and human impact.

In Jodha, we see copper and earth metals glow in spite of the dark’s dim light. Scaffoldings — serrated, welded in large squares, embed narratives of a history lost to rust and disuse. In its disuse there is use, spark and inspiration — a montage of photo images, industrially corroded — imprinted, layer upon layer. Whether in a bright gallery space, or on an open derelict terrace, or even in a diesel-smoked underground chamber that mimics a coalmine or a cave — these crafted sheets of brown-toned brass canvases echo sounds of dripping subterranean water streams. Stray graffiti phrases — etched, writ in archival ink, brass and chemical bond — glow under blue-lit brick arches and candlelit corrugations. Parallel sets of dorsal fins, hinged, spine-locked — suspended in vacuum like spaceship antennas, waver only slightly with the cast of light — the subtle emotion of a weather-vane, a satellite signal's whiff of electron-passion. Shadow-whispers surround — secrets stained in mild steel.

Dinesh Khanna, another well-known photographer, on the other hand, is the master of colour and saturated frames. His photographs are fine examples of how balance in each composition and its content are achieved through highly sophisticated and everyday “ways of seeing”. Khanna extends this Berger allusion and modernism is his outstanding iconic books, Bazaar (Viking Penguin) and Living Faith (HarperCollins). His obsessions are also delightfully captured in his ongoing series “Kissa Kursi Ka” and “Tales from a Kitchen Table” where both the macro and micro, the ordinary and unique, the specific and general, are brought into sharp focus simultaneously at the same time.

In a creative textual response to one of Khanna’s kitchen snapshots featuring a chopping board with its array of chilli, garlic and bitter gourd, I had written: There is something about in-between weather that brings out uniqueness in daily cuisines. In Delhi, after the scorching thermometric numbers consistently hovered around 48°C, the delayed rain arrived with its humid persistence. Garlic and karela is an unlikely pair, paired with the heat of puny-gutsy green chilli. But it is the over-ripe karela that grabs all the focus on the wooden board. Its mouth wide open, reptile-like, its seed-teeth ruddy with age and rot. Even the garlic’s elegant teardrop shape, its papery gossamer skin and its sparkle of pearls cannot compete with gourd's bitter saturated beauty. Oxymoron rules the climate as it changes dangerously towards anthropocene.

John Berger’s path-breaking book, Ways of Seeing (Viking Penguin / BBC), redefined the art of perception in the modern world. The following four books are examples that attest to much of that dictum. Third Eye: Photography and Ways of Seeing (Speaking Tiger), edited by Alka Pande, contains some eruditely written essays on the subject, fine photo essays (“The Light Tactic of Humour” by Waswo X Waswo, “Met-a-movement-ment-2-B” by Shraddha Borawake, “Shamans of Lukum” by Devaki Bist) and interviews. William Dalrymple’s excellent first book of photography, The Writer’s Eye (HarperCollins), contain a stunning array of rich black-n-white and silvertone photographs shot entirely, unbelievably, on a smartphone. The quality here is not an accident, as Dalrymple was once an avid and adept analogue photographer before he turned a writer-historian. This book is replete with brooding skyscapes and waterscapes, haunting architectural vistas, where light and shadow dance in a subtle interplay contrasting the animate and the inanimate.

In both Ravi Dhingra’s Frozen in a Pause (Pentagon Press) and Bina Sarkar Ellias’s When Seeing is Believing (Mapin) there is a close inter-relationship between image and text. Dhingra’s outstanding black-n-white photographs are arresting, moody, and rich in texture and noir tones. Sarkar’s haiku-like words in her beautifully designed volume, accompany images from a range of artists like Johannes Vermeer, Vincent Van Gogh, Marc Chagall, Frida Kahlo, Atul Dodhiya, Sudhir Patwardhan, and others — as she “scans the city / with lighthouse eyes.” Ultimately, as Aaron Siskind says, “Photography is a way of feeling, of touching, of loving. What you have caught on film is captured forever… It remembers little things, long after you have forgotten everything.”

The writer is an award-winning poet, translator, editor and photographer