The growth is believed to have been caused by a mosquito bite injecting larvae which turned into parasitic worms. 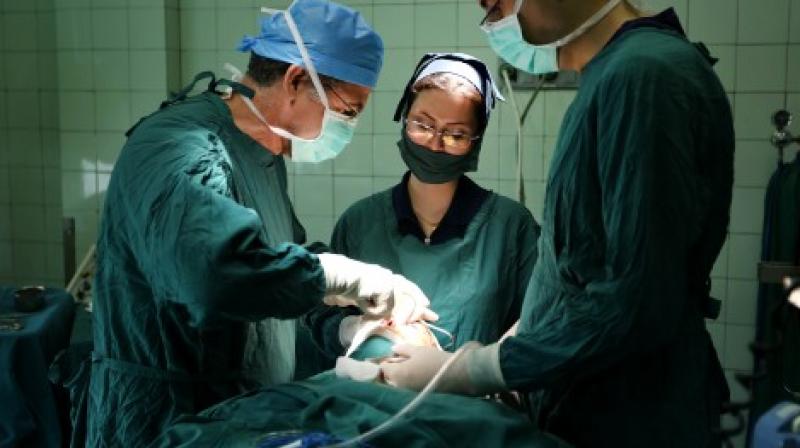 He had to drop out of school due to taunts and felt cursed (Photo: AFP)

Men across the world employ various methods to increase the size of their genitals as several products are available in the market for the same. But there are some people for whom a big member can become a problem as one man from Mexico got categorised as disabled because of his 19 inch penis.

While the man from Mexico didn’t get his member cut off despite it making his life a daily struggle, a man from Kenya decided to go under the knife to reduce the size of his testicles that weighed 5 kg and his three-foot-long penis. The massive genitals had left Horace Owiti Opiyo unable to walk, wear clothes or go to school.

Horace noticed a cyst when he was 10-years-old and it is believed to have been caused by larvae injected by a mosquito bite. They may have developed into parasitic worms blocking his drainage system and making his genitalia tissue swell from fluid accumulating beneath the skin.

Unable to afford surgery, Horace had to drop out of school after being taunted by his classmates and thought that he was cursed by the devil. Help came from a local doctor who saw a viral post about him on Facebook, as Horace was able to get a surgery to remove the growth.

Now Horace is happy that he can run and play football but his priority is to get education and move forward towards a better future.