She wrote about how a polite and calm driver was verbally abused and dragged to the police station by a woman over an argument. 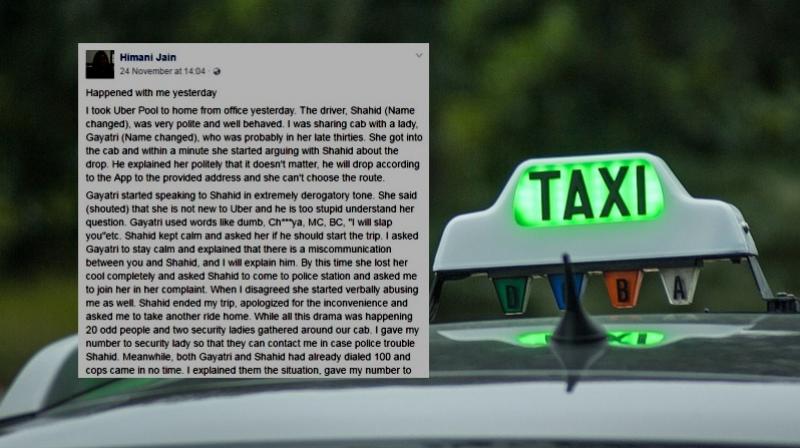 She also accompanied them to the police station to make sure the driver got justice (Photo: Facebook)

Mumbai: Several women have reported incidents of facing harassment from cab drivers in the past along with instances when taxi drivers came ahead to assist women in trouble.

But a woman from Mumbai named Himani Jain shared a very different experience narrating her ride in an Uber on Facebook which is going viral for all the right reasons.

The woman who took Uber pool and was sharing the ride with another woman shared how the driver was a very polite and calm person who simply told the woman that he will drop her on the given location but she can’t choose the route.

As an argument broke out, the woman started verbally abusing the driver who stayed quiet and even as Himani tried to clear the confusion, decided to drag the driver to the police. Himani mentioned that when she refused to back her with her complaint against the driver, the woman abused her as well.

Even though the driver apologised to Himani and requested her to take another ride due to the situation, Himani went to the police station to make sure that the driver wasn’t wronged, since the woman even made false accusations.