This was most likely because of reduction in steppe grassland where it lived due to climate change rather than the impact of humans. 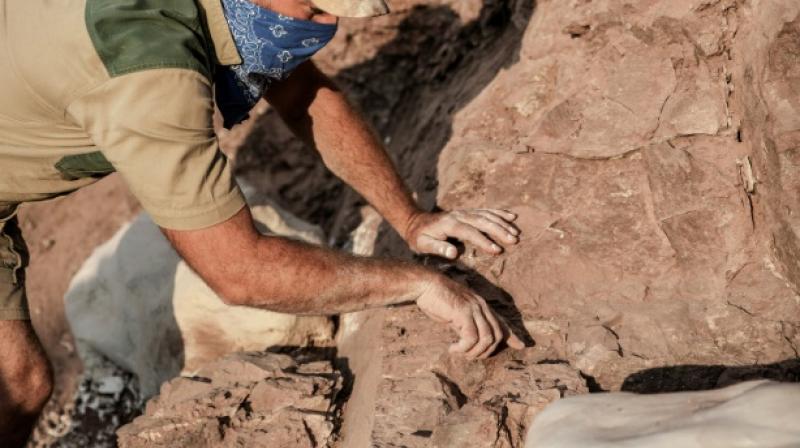 Today there are just five surviving species of rhino, although in the past there have been as many as 250 species (Photo: AFP)

Melbourne: The Siberian unicorn was wiped out about 36,000 years ago due to the reduction in grassland resulting from climate change, rather than the impact of humans, according to a study unveiled Tuesday.

The research, published in the journal Nature Ecology and Evolution, sheds light on the origin and extinction of the giant, shaggy Ice Age rhinoceros known as the Siberian unicorn because of its extraordinary single horn.

An international team led by London's Natural History Museum, settled a long-standing debate about the relationship of the Siberian unicorn to living rhinos.

The researchers revealed that the Siberian unicorn survived much later than previously believed, overlapping in time with modern humans.

They found that the Siberian unicorn became extinct around 36,000 years ago.

This was most likely because of reduction in steppe grassland where it lived due to climate change rather than the impact of humans, the researchers said.

Today there are just five surviving species of rhino, although in the past there have been as many as 250 species, they said.

Weighing up to 3.5 tonnes with a single enormous horn, the Siberian unicorn (Elasmotherium sibiricum), which roamed the steppe of Russia, Kazakhstan, Mongolia, and Northern China, was undoubtedly one of the most impressive.

Genetic analyses performed at the University of Adelaide in Australia, have shown that the Siberian unicorn was the last surviving member of a unique family of rhinos.

It is the first time DNA has ever been recovered from E sibiricum, said Mitchell.

"That makes the Siberian unicorn and the African white rhino even more distant cousins than humans are to monkeys," Mitchell said.

This new genetic evidence overturns previous studies that suggested the Siberian unicorn was a very close relative of the extinct woolly rhino and living Sumatran rhino.

It had long been assumed that the Siberian unicorn went extinct well before the last Ice Age, perhaps as much as 200,000 years ago.

In this study 23 Siberian unicorn bone specimens were dated, confirming that the species survived until at least 39,000 years ago, and possibly as late as 35,000 years ago.

"It is unlikely that the presence of humans was the cause of extinction," said Professor Chris Turney, climate scientist at the University of New South Wales.

"The Siberian unicorn appears to have been badly hit by the start of the ice age in Eurasia when a precipitous fall in temperature led to an increase in the amount of frozen ground, reducing the tough, dry grasses it lived on and impacting populations over a vast region," Turney said.