One of the most oft-quoted poets of the 19th century, the works of Ghalib, born on December 27, 1797, are imbued with timelessness. 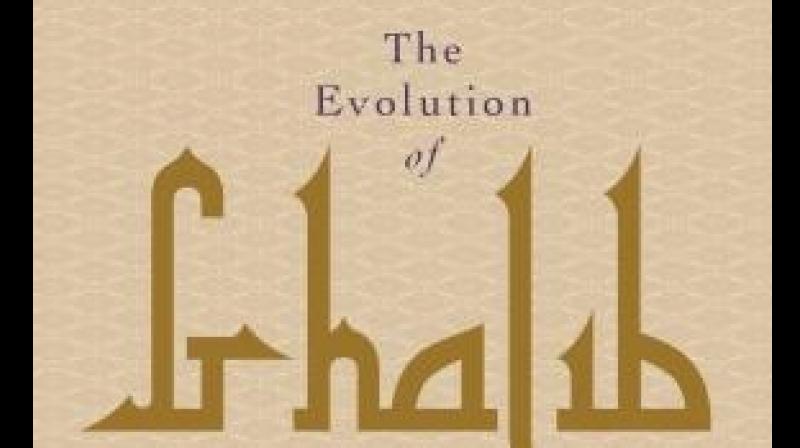 A new book on Mirza Ghalib seeks to present the intellectual evolution of the celebrated poet through an interpretation of his couplets.

One of the most oft-quoted poets of the 19th century, the works of Ghalib, born on December 27, 1797, are imbued with timelessness and universality.

In "The Evolution of Ghalib" author Hasan Abdullah describes Ghalib's life history and brings out his persona and situates his work in time and space.

He briefly discusses the Urdu language and ghazal as a literary form and familiarises the reader with the words, symbols and concepts crucial for understanding Ghalib's poetry.

Based on a chronological reading of Ghalib's Urdu ghazals, Abdullah identifies the different stages and phases of the poet's development and from each of these phases, selects and interprets verses, including those that differ from the dominant trend, in order to reveal Ghalib's intellectual evolution.

Although the quantum of Ghalib's poetry in Urdu is much less than in Persian but he has become 'Ghalib' (predominant) for posterity because of his Urdu ghazals.

"Ghalib's Urdu ghazals attract a highly diverse set of people rich and poor, literary and scientific, uneducated and erudite layperson and polymath, lover and beloved, men and women, young and old, even the oppressor and the oppressed, those sunk into the past and reactionary, as well as those who are forward-looking and progressive," the author says.

"The plausible reasons appear to be that his couplets, which are expressed in the most exquisite language using devices such as wordplay, hyperbole, irony and paradox, reflect diverse situations, depict a range of human emotions and provide deep insights into man's life and relationship with nature," he writes.

Abdullah felt that a chronological study of Ghalib's Urdu ghazals would help in better appreciation of his poetry and shed some light on what are, or appear to be, radically divergent views.

"The result of my research is this book wherein I have interpreted selected couplets that are chronologically arranged, thereby revealing Ghalib's evolution of thought," he says in the book, published by Rupa.