The electrical designer from Chennai made the fan to help his grandfather who works at a loom. 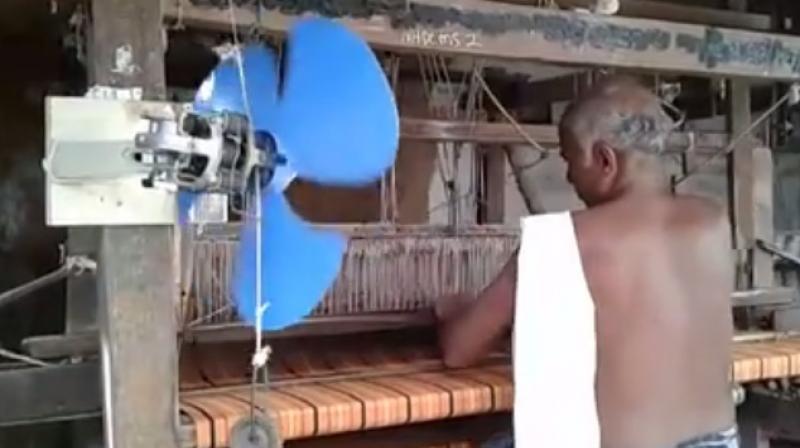 Chennai: The best way to put the ability for innovation to use is to use it in a way that it makes life easier for others and spreads happiness to as many people as possible.

Chennai’s Dinesh G is an extremely talented young man who had been seeing his grandfather work in a loom where they face frequent power cuts and the electrical designer decided to make a fan that doesn’t require electricity or a battery to function.

The invention for making life easier for the old man in a demanding job featured in a video that has gone viral. The fan’s blades are connected to the loom and it works when Dinesh’s grandfather pulls the lever on the loom.