While cabs have redefined comfortable rides in cities, not everyone is satisfied with the service. 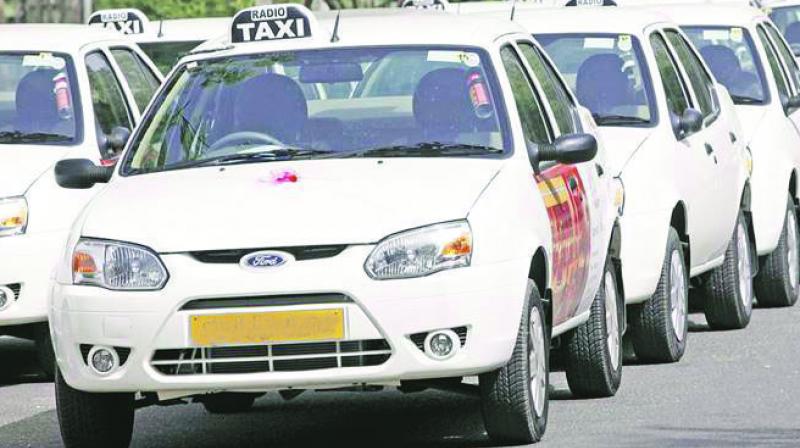 Pool cabs are overcrowded and hence are uncomfortable to sit in. Also quite often, drivers talk on the phone while driving.

As Nikita Bhaweja was waiting for a cab after a weeknight party with colleagues at Gurgaon’s cyberhub, little did she know she would have to seek a hitch elsewhere to be dropped home.

It was late in the night and the cabbie, who had almost reached the pickup point decided to cancel the ride on learning he would have to drop her to a location in Delhi. For the cabbie, who drives for one of the leading cab aggregators, paying Haryana Delhi toll along with night charges was too much maybe, thus putting a woman at risk in the wee hours.

Thankfully she chose a woman cab ride and it dropped her home safe.

“This is a common problem in the NCR,” says a hassled Nikita.

While public transport in NCR has seen a rapid rise, autos and cabs still act funny, fully aware of safety issues in the capital.

Users feel certain factors need immediate address. Firstly, rides get cancelled at times for no fault of the users who book the cabs, and secondly, sometimes customers have to pay a certain extra amount to book another cab as notifications keep popping up while making a fresh booking. All these, after fully paying the previous balance. Such technical glitches are quite common with cab aggregators.

Ram Sharma, a resident of Gurgaon who uses cabs regularly complains, “Drivers are not willing to cross the Delhi-Gurgaon or Delhi-Noida border. They don’t pay the tax and ask passengers to pay. This is ridiculous and annoying as it happens very frequently. The tax is already charged for the ride in the fare and still the drivers ask for 100 rupees per trip at times. Also some drivers deny rides and the common man has to pay the cancellation charges at times with no fault of theirs.”

One of the drivers was quoted as saying on condition of anonymity, “We don’t have an option but to pay the tax and it gets expensive if we pay the amount of Rs 25,000 in bulk once, for a slightly longer period of time. But we charge customers within their original fare only and no extra charges are asked for. Some people accuse us of cheating them but we just do our job. There are some drivers who don’t want to cross the Delhi-Gurgaon border or the Delhi-Noida at late hours. Otherwise I don’t feel there is any sort of flaw in our service design.”

Cabs, world over, are a major source of commuting, for a majority of the people. In India Ola and Uber are the most popular aggregators in metros and smaller cities. Six years into their fierce rivalry in India, Ola and Uber are still trying out various routes to seek dominance in the $10 billion market.  As per the latest data, Uber is a clear winner among Indian drivers. It is understood the number of Uber’s driver app installs are way higher than Ola now, which could prove to be a massive advantage for the US-based firm in days to come.

While Ola has been speaking of its global expansion, Uber has recently brought in some of its global offerings to India and used innovation to cater to issues specific to India.

UberBOAT was recently launched in Mumbai for short trips from the Gateway of India jetty to Alibaug and other islands around. It also launched a pared-down version of its app, Uber Lite, in the country that struggles with poor internet connection.

Uber and Ola have changed the face of cab ride in cities, making rides comfortable, affordable and accessible. However, there is always two sides to a coin. Not everyone is impressed. The so-called ‘convenient’ way of transport might actually be disadvantageous for the passengers and even chauffeurs.

Some customers complain of very high costs and unavailability of cabs during peak hours when surge pricing works. Also the presence of inefficient drivers who drive rashly and speak a bit rudely at times is most annoying.

Pool cabs (Uber) and shared cabs (Ola) are often over-crowded and hence are uncomfortable to sit in, on several cases. Drivers talk on the phone while driving quite a few times.

Another regular user Gopal Kumar says, “I use both Ola and Uber regularly. I am not complaining but there is no improvement in certain matters even after writing to the respective customer cares. Some are undoubtedly good experiences. The driver’s don’t make passengers wait, are extremely efficient and do not talk over phone while driving and drive safely. However, some drivers don’t care enough that the passenger is waiting for a long time. They blame it on traffic snarls and give some or the other excuses. Such drivers also drive rashly and are a bit rude.”