Pell’s conviction casts a shadow over the Church 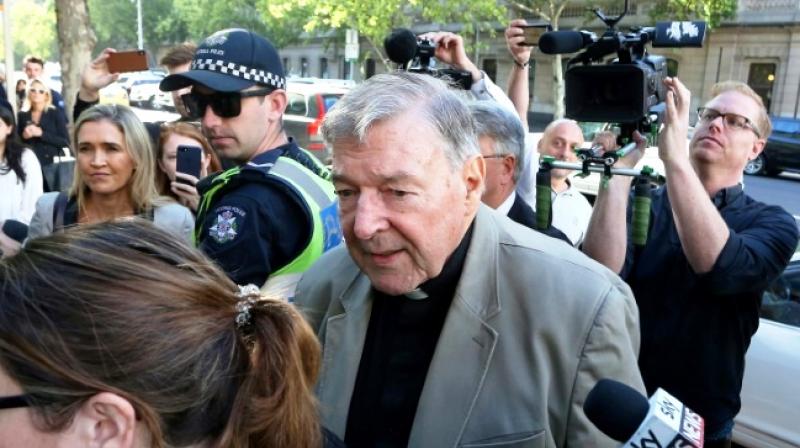 Cardinal Pell is the most senior Catholic cleric ever convicted of child sex crimes. (Photo: AFP)

Australia: Cardinal George Pell's sex crime conviction is expected to unleash a flood of lawsuits by abuse victims who fear they were cheated by a compensation scheme set up by the disgraced cleric himself, lawyers said.

The most senior Catholic clergyman found guilty of child sex abuse, Pell is behind bars awaiting sentencing for assaulting two choirboys in 1996-97, shortly after he was appointed Archbishop of Melbourne.

Around the same time, Pell set up the ‘Melbourne Response’, a redressal plan to compensate victims of clerical abuse in Australia's Victoria state. The plan required sex abuse victims to waive their right to future claims and capped compensation payments at AUD 50,000 (USD 35,700), a figure later raised to AUD 75,000.

The scheme has long been criticised for helping the Church limit its financial liability and the announcement this week that its architect had himself been convicted of child sex abuse heightened the mistrust. 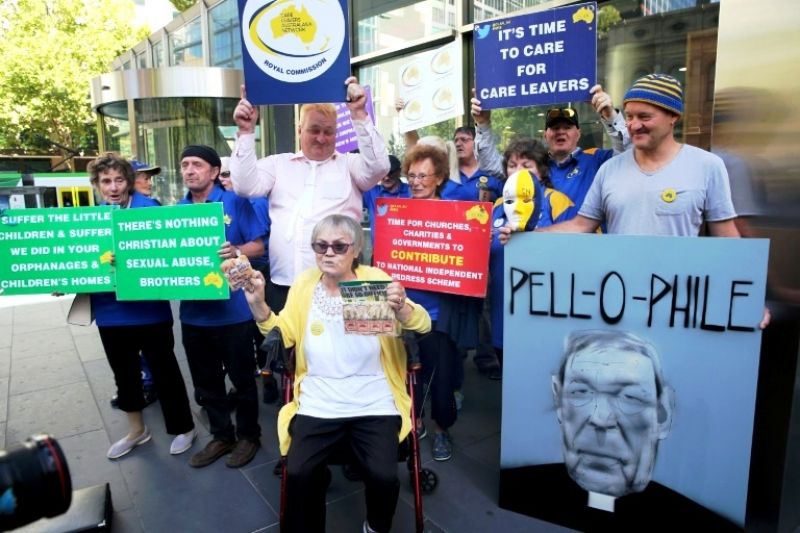 Protesters gathered outside court where Cardinal George Pell was due for a pre-sentencing hearing. (Photo: AFP)

"Anything that Pell designs loses credibility" with his conviction, lawyer Ingrid Irwin from Pell's hometown of Ballarat in Victoria told AFP. Irwin has represented clients who alleged they were abused by Pell.

"At a time when he is sexually assaulting young boys in Melbourne, he is designing a compensation scheme to get out of it. So it is completely inappropriate," she said. Irwin predicted victims could receive more than AUD 500,000 in compensation if they challenged their earlier awards through the justice system.

"Now, in terms of compensation, the sky's the limit if they were to sue in the County Court," she said. Western Australia and Queensland states already allow courts to set aside victims' settlements with the Church if they were found to be unjust or unreasonable.

"We are looking at a range of options to ensure survivors of institutional child sex abuse are not left worse off as a result of their participation in institutional forums such as the Melbourne Response," Victorian Attorney-General Jill Hennessy said. Action on the issue would come soon, she added. Lawyers in Victoria confirmed they planned to challenge victims' settlements with the Catholic Archdiocese of Melbourne.

The current Archbishop of Melbourne, Peter Comensoli, said Wednesday he was reviewing the Melbourne Response but defended it, adding that not everyone who sought compensation with the Church had been disappointed.

News of Pell's December conviction, which was kept secret by a gag order until Tuesday, is expected to encourage more sex abuse victims to come forward. Comensoli said several people in his archdiocese reported alleged abuse by clergy within hours of Pell's conviction being announced. In the United States, archdioceses have paid millions of dollars to settle child sex abuse claims.