'Uninhabited' Amazon may have been home to a million people

Scientists from Britain and Brazil uncovered evidence of hundreds of fortified villages in the rainforest away from the major rivers. 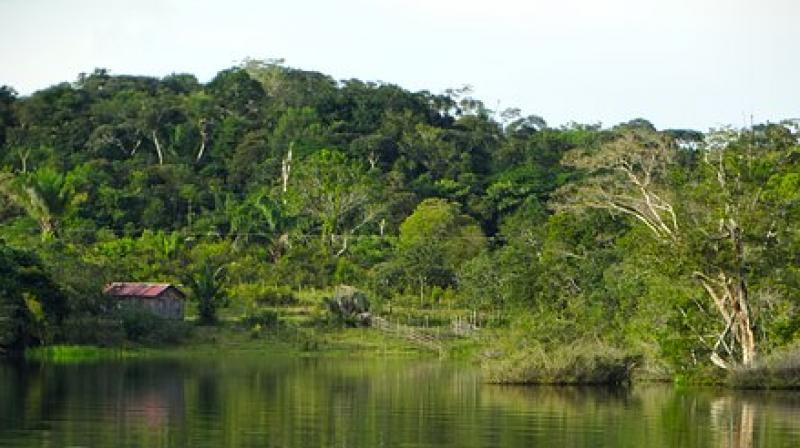 Drier areas still had fertile soils, where farmers would have been able to grow crops and fruit trees like Brazil nuts. (Photo: Pixabay)

Areas of the Amazon previously thought to be uninhabited may have been home to up to a million people in the centuries before Christopher Columbus arrived, new archaeological research has found.

Scientists from Britain and Brazil uncovered evidence of hundreds of fortified villages in the rainforest away from the major rivers -- areas long thought untouched by human civilisation before Europeans arrived in the late 15th century.

The findings, published Tuesday in the journal Nature Communications, follows the discovery of extensive earthworks and fortifications in another region of Brazil, bordering on Peru.

Researchers now believe such pre-Columbian habitations could stretch over an area as wide as 400,000 square kilometres, and may have been home to between 500,000 and a million people.

The discovery of 81 new archaeological sites dating back to 1250-1500 -- among them 104 large geometrical earthworks -- was based in part on satellite images.

Analysing charcoal remains and excavated pottery, the researchers found that a 1,800-kilometre stretch of southern Amazonia was continuously occupied from 1250 until 1500 by people living in fortified villages.

With huge swathes of the Amazon still unexplored by archaeologists, the findings challenge the assumption that ancient communities necessarily lived on floodplains close to the main waterways.

"There is a common misconception that the Amazon is an untouched landscape, home to scattered, nomadic communities," said Dr Jonas Gregorio de Souza, a researcher from the archaeology department at Britain's Exeter University.

"This is not the case. We have found that some populations away from the major rivers are much larger than previously thought, and these people had an impact on the environment which we can still find today."

The researchers believe there were between 1,000 and 1,500 enclosed villages in the area, with two-thirds of the sites yet to be uncovered.

The sites varied in size, from enclosures surrounded by man-made ditches -- also known as geoglyphs -- measuring 30 metres in diameter, to structures 400 metres across around a circular plaza radiating sunken roads.

It remains unclear what these mysterious geoglyphs -- which could be square, circular or hexagonal -- were used for.

"It is possible they were used as part of ceremonial rituals," the researchers wrote.

Villages were often found nearby or inside of the 81 geoglyphs surveyed. The earthworks were probably made during seasonal droughts allowing for trees to be cleared from the area, the study speculates.

"Drier areas still had fertile soils, where farmers would have been able to grow crops and fruit trees like Brazil nuts," it said.

Some geoglyphs were also interconnected through a network of causeways, elaborately constructed over many years.

"We need to re-evaluate the history of the Amazon," said Professor Jose Iriarte, also of Exeter University.

"It certainly wasn't an area populated only near the banks of large rivers, and the people who lived there did change the landscape. The area we surveyed had a population of at least tens of thousands."