India could be a late entrant to gaming but ‘kill-or -be-killed’ titles have become smash hits among GenX. 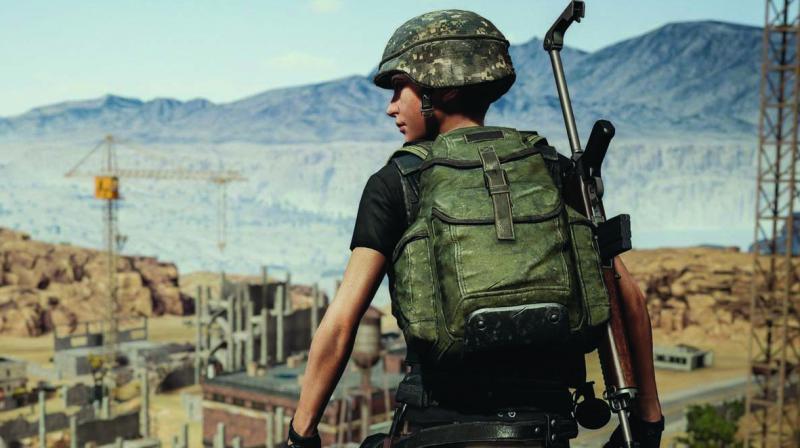 A still from PUBG

Popular game PlayerUnknown Battleground or PUBG has recently hit headlines for all wrong reasons with incidents of players injuring themselves or posing danger to others. So much so that it is being debated nationwide whether to allow or ban such addictive games.

The National Commission for Protection of Child Rights (NCPCR) recently recommended a ban on the game across the country. In fact, Gujarat government has already banned PUBG Mobile and Rajkot police is known to have taken 10 college students in custody for violation. Not just in India, a large number of such incidents, worldwide, are also coming under the scanner.  A 15- year-old Russian boy is known to have stabbed his classmate because he wanted to know what a real murder felt like. He was playing PUBG when police tracked him down.

This is not the first time, where people got addicted to games. Pokemon Go, an augmented reality (AR) mobile game developed by Niantic, recaptured the imaginations of a generation of nostalgic fans by bringing the 90s monster-catching Pokemon craze to smartphones.

Pokemon Go made the headlines for leading people into dangerous situations as they track down Pickachus and Charizards in the real world.

As per reports, a disproportionate increase in vehicular crashes and associated vehicular damage, personal injuries, and fatalities in the vicinity of locations were seen, called PokéStops, where users could play while driving.

Firefighters rescued two men who fell off a 90-foot cliff while hunting Pokemon in Encinitas.

Another such game, Fortnite, which hooked people on their screens, is an online survival and battle royale game. While this game is very popular, it proved to be too addictive for gamers.

A nine-year-old girl was sent rehab for her Fortnite addiction. Apparently, she was so addicted that she would skip the toilet and instead wet herself while playing.

For to her mother, she had became unusually argumentative and aggressive. In a separate case in the US, a man was arrested after he threatened to shoot an 11-year-old boy after losing to him in Fortnite.

Recently, Delhi Commission for Protection of Child Rights (DCPCR) issued a statement terming these games are full of misogyny, hate, deceit, and vengeance and “at an age where a child learns from what he or she sees, it may negatively impact their brain for their life.”

“We see a lot of aggression and arrogance in children these days they are being distracted from their studies and social life by violent games,” a statement said.

All India Gaming Federation, CEO, Roland Landers, feels these games have a wider range of audience. “The game publisher should have some kind of mechanism, which can ensure that players are not playing it on a continuous basis,” he says.

Following the string of events of bans and arrests, PUBG Mobile was compelled to release a statement clarifying PUBG Mobile is a game. “We were surprised to learn that local authorities in a few cities have decided to impose a ban on playing our game. We are working to understand the legal basis of such bans, and hope we can have a constructive dialogue with relevant authorities to explain our objectives and that they withdraw the prohibition. To PUBG Mobile players, we want to assure you that we are on your side and we will try our best to find a reasonable solution,” an official statement said.

A few days ago, PUBG imposed a six-hour playtime restriction for its players, wherein gamers would receive a notification to take a break and come back the next day. Players would also get prior notifications after two and four hours so that they could play accordingly.

PUBG further added, “To foster a healthy and balanced in-game environment, we are developing numerous new features and enhancements which enables us to provide an environment for players to enjoy PUBG MOBILE in a rewarding and responsible manner.”

Dwayne D’Souza, who is a gamer by profession, finds it irritating. “I honestly don’t think there should be a ban. That’s a bit too strict. The reminders are still fine because then your conscience should tell you whether to stop or not but banning or restricting play after six hours is a bit too extreme. I still sit with my laptop for over eight hours a day while working on games.”

PUBG just did a U-turn with daunting pressure and this six-hour restriction has now been removed.

Unlike Japan or the US, India hasn’t really matured in gaming yet. But these kill-or-be-killed titles are becoming very popular in the country.

Renin Raphael, who is an engineer and a frequent gamer, feels there should be an age restriction when it comes to such violent games. “Parents nowadays are not aware of who their children are meeting in these gaming platforms.”

With a billion Internet users looking for entertainment, games like these have become a rage. A student competition in Hyderabad received 250,000 registrations from more than 1,000 colleges. One team even walked away with a `1.5 million ($22,000) prize as the top PUBG players.

Tarandeep Singh Sekhon, marketing director at KidZania, says, “Gaming has become a lifestyle for the millennial and it’s affecting their mental and physical health in an alarming way. It’s essential for the education system and parents to encourage their kids to engage in more physical activities as that is the most fundamental stage for the physical and mental growth.”

Doctors are often comparing this addiction with drugs as players develop sleep, psychiatric and behavioral disturbances.

Parents are advised to keep a watch on their kids if they spend too much time on their phones.

Dr Santosh K Chaturvedi, National Institute of Mental Health and Neurosciences (NIMHANS), Bangalore says, “It is very important for an individual to realise if he or she has got addicted to the game to seek professional help.

If in case individuals cannot realise this then parents or well-wishers should observe streaks of addiction, if any.”

On the fact why these online games are so addictve, he says, “These games are created in a way where the user is hooked on to it. Users make the game a part of their lifestyle. It is the pleasure and challenges, which keeps the person hooked onto this game.”

It is believed, doctors at NIMHANS are currently treating six to seven patients who are dealing with gaming addiction.

While addiction is a cause of concern, we do not have needful regulations for such games in India.