Here’s everything we know about Prince Louis so far

Born on April 23, royal baby weighed 8 pounds, 7 ounces at time of birth, more than any of his siblings. 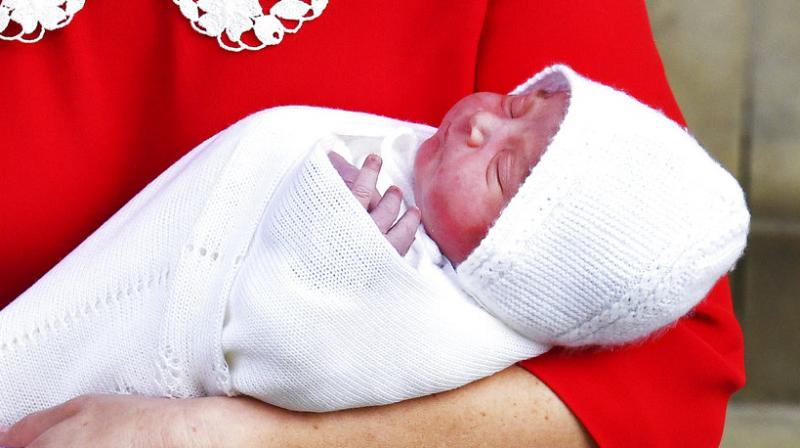 Prince Louis Arthur Charles. All three of his names are a nod to family members. (Photo: AP)

Britain's Prince William and his wife Kate have named their baby son Louis Arthur Charles, Kensington Palace announced on Friday. He’s only 5 days old, but we already know quite a bit about Prince Louis.

Here is everything we know about the newborn royal so far.

All three of his names are a nod to family members.

He weighed 8 pounds, 7 ounces at birth.

That’s more than either Prince George or Princess Charlotte weighed when they were born.

He was born at the Lindo Wing at St. Mary’s Hospital.

The hospital, located in London’s Paddington neighborhood, is where both his siblings were born as well as his dad.

He went home the same day he was born.

Mum Kate Middleton was nothing short of unbelievable when she stepped out holding little Louis just seven hours after giving birth.

He’s fifth in line to the throne.

His name has family connections.

Not only is it one of his dad’s middle names, it’s also a nod to Louis Mountbatten, Prince Louis’s great-grandpa Prince Philip’s uncle, who was a father figure for Charles and was assassinated in 1979. Arthur is one of William and Charles’s middle names, while Charles, of course, is his grandpa’s name.

He’s already had quite a few special visitors.

There are others yet to visit little prince.

Grandpa Charles, who returned home from an official visit to France on Thursday, and uncle Prince Harry and aunt-to-be Meghan Markle, who also live in Kensington Palace.

William and Kate waited four days to announce his name.

That’s likely so they could introduce Charles to his new grandson in person.

That’s according to dad William, who said that Louis was “behaving himself” at an Anzac Day service. However, William was also caught nodding off during that same service!

Here are his famous fans.

Like Louis Tomlinson, who tweeted that he’ll take his fellow Louis “under my wing.” He also got a hello from former First Lady Michelle Obama, who tweeted that she can’t wait for their “Kensington Palace pajama party.”