A well-researched fiction or non-fiction based on mythology has played the role of an eye-opener in interpreting events. 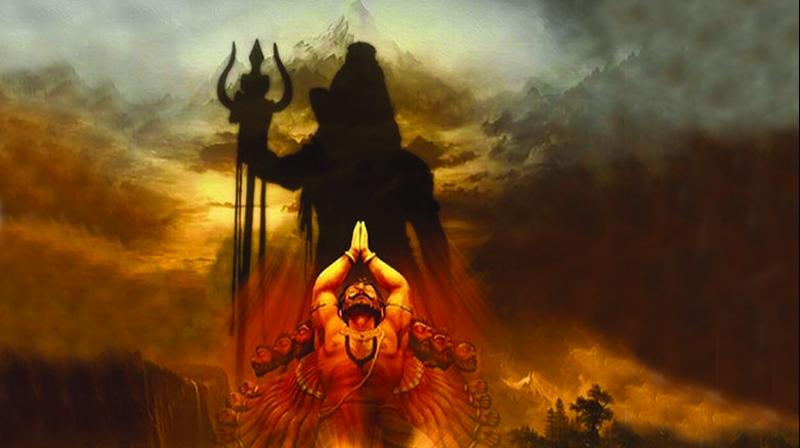 The heroic character of Ram from the epic Ramayana plays a cult even today in Indian politics. The pan-Indian presence makes him attractive to most politicians in search of symbols.

Are mythological tales based on true events? Or are they a list of mere imageries from a bygone era that nobody really knows of, where elements of nature ruled the roost.

The heroic character of Ram from the epic Ramayana plays a cult even today in Indian politics. The pan-Indian presence makes him attractive to most politicians in search of symbols. The persona of Ram and Krishna are used in every walk of life, despite no records to bring in the authenticity of them being super-humans.  World over, mythological characters have been interpreted to suit an agenda. The Heroes of Olympus, for example, deals in pentalogy of fantasy-adventure.

Hollywood movies like Avengers and X-Men have flooded us with superheroes with a mish mash of spirituality. Fans believe in them more than their own traditional heroes.

Modern Indian literature too is dealing with mythology with a different stroke. Be it Amish Tripathi, Devdutt Pattanaik or Vishwas Mudagal, Indian authors have their own way of transcribing epics. Some prefer to bring out the odd side of the tales that are often presumed to have been kept a secret. Others believe in making them relevant to the new era. During an open chat author Vishwas Mudagal spills the beans about the unknown lot.

A well-researched fiction or non-fiction based on mythology has played the role of an eye-opener in interpreting events. The recent release of the book, Kalki - The Last Avatar, has added the much-needed feather to this crown. Here Kalki plays the role of a superhero and an era relevant personality.

Speaking about his belief whether mythology is based on reality or is an attempt to hide the ancient reality, Vishwas Mudagal says,“Our mythology is our history. It’s obvious that there has to be some truth to it and I’m sure many versions and flavours were added to it over the centuries. India had a glorious past and we were the beacon of knowledge, culture and trade in the world. Our epics and puranas are testimony to this fact.”

There is always a turning point where one feels writing is the best career for him. As for Mudgal, who is an engineer by profession, writing is more fascinating. “I have two passions - storytelling and entrepreneurship. And all my companies are based on technology. I never fell out of love with engineering. I’m a techie at heart and will always be. However, I accidentally discovered my passion for writing after my first company Jobeehive shut down. I was practically bankrupt and writing came as solace. I wanted to write about someone who was in my exact same position and would be able to bounce back in life. That gave me an inspiration to write my first book - Losing My Religion, which went on to become a best-seller. Storytelling became my parallel career. Further, I wrote The Last Avatar - Age of Kalki (Book 1) which is now doing extremely well.”

The story starts when the world falls victim to an apocalyptic war. A deadly sting operation by the terrorist group Invisible Hand brutally eliminates the Indian prime minister and the union cabinet. National emergency is declared, while chaos, fear and death reign across the country.

Against the backdrop of falling democracies around the world, an unconventional hero emerges – a vigilante known only as Kalki. Backed by a secret society called The Rudras, Kalki, along with Nushen, the Chinese superhuman spy, must do the impossible to save his country, and the world.

When you take a step back and look at the research, you will notice that Kalki Purana was written as a response to the barbaric invasions by the foreign invaders from Central Asia. These invaders were the Huns and Mongols. To end this brutal era, Vishnu had to appear on Earth to destroy the enemy and restore a pure way of life. This formed the basis of my story.

Mudgal claims to have been fascinated with the prophecy of Kalki, the 10th and last avatar of God, who the ancient Hindu Puranas and epics predict would be born in the future to end the age of darkness on Earth. It is told that Kalki the Destroyer would be all powerful and merciless towards evil. But what if the God incarnate was born as mortal as any one of us and had to toil through a tumultuous path with true grit and valor to one day save humanity from destroying itself?

“I take pride in India’s history and knowledge that our ancient ancestors possessed. After considerable research, I concluded that our prehistoric forefathers had achieved significant science and technological breakthroughs thousands of years before any other civilization in the world could even think about them.” Sadly, he says, most of that knowledge was lost to wars and invasions bleeding our motherland through the eras. “But what if we are wrong? What if the knowledge was not destroyed but hidden because it was so powerful that in the wrong hands it could be used to enslave the planet and destroy all the good?” he says.

It’s true that fiction follows facts. When he further researched on ancient Indian secret societies, he was captivated by the results and found—myths and legends of mysterious stealth groups were created to protect the ancient wisdom of our forefathers. This laid the foundation of The Rudras in his book, he claims.

It’s really necessary to bring back pride in our ancient Indian knowledge and characters. Even more so in today’s time when Hollywood has flooded our lives with their superheroes. He was tired of Hollywood superheroes. “Amid the flood of Marvel & DC characters, we Indians have no choice whatsoever of our own Indian superheroes. I decided to do something about that and set on a quest to bring out a true Indian superhero rooted deeply in our ancient knowledge and the product was the AGE OF KALKI universe, Mudgal says”

What fascinated him most about the Kalki Avatar is that he is a merciless leader and warrior, who shows no mercy to enemies who are destroying the very fabric of human values and reigning terror. Mudgal decided to take on the challenge of bringing out Kalki in a way no one had ever thought about before—as a true Indian superhero! It was a monumental task but one I committed to pursue.

India, he says, needs such stories that are deeply rooted in our ethos, culture and history. “The time of Indian superheroes will be upon us shortly. This is my humble attempt in this direction,” he concludes.