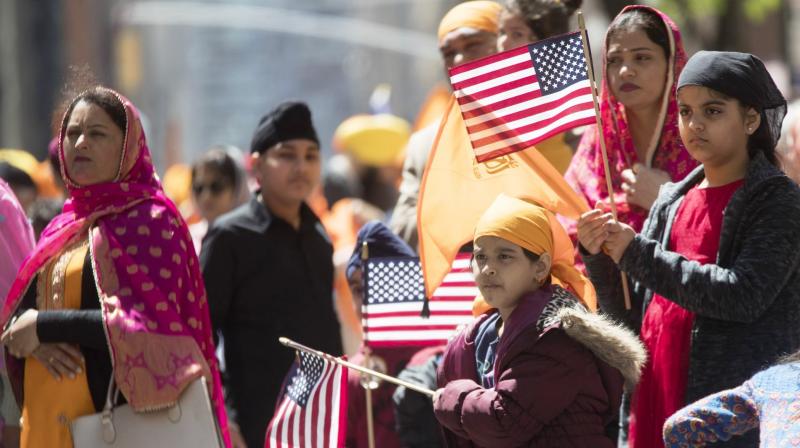 New York: New York’s Madison Avenue was awash with live Indian music, food and dancing as it hosted the city’s annual Sikh Day Parade. April 27, the celebration came with an effort to raise funds for a national TV ad campaign aimed at combating what organisers say is the bullying of Sikh children, especially those wearing the turban that is their traditional headwear.

The Sikh religion was born more than 500 years ago in India’s Punjab region. After a 1984 genocide, many left. In New York, Sikhs are most visible in the borough of Queens, though the parade was held in Manhattan.