Karumbaiah BK has rustled up an app which enables users to access and narrate thought provoking issues through eye catchy images. 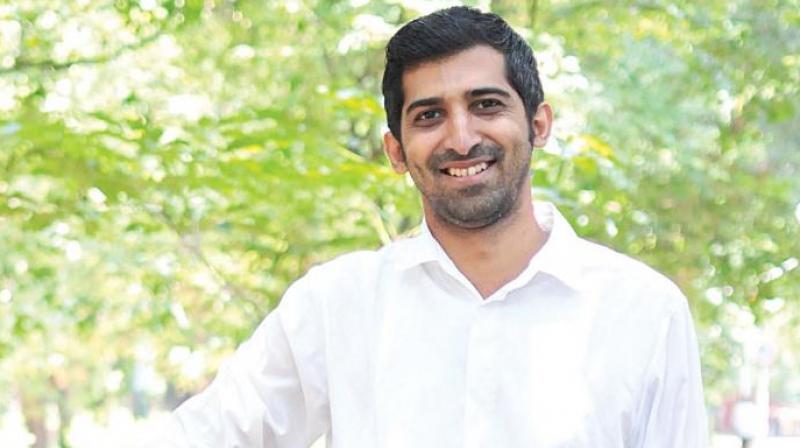 There’s no refuting how a picture can, indeed, speak a thousand words. Gauging the worth of a prepossessing photograph and its ability to tell a tale; Karumbaiah BK, an entrepreneur is making making waves with his debut venture, Pixtory. The idea aims to help ordinary people create extra ordinary and thought-provoking wall paper stories of social relevance.  In a candid chat, he tells us more...

“The idea was inspired by a collage that was gifted by my friends. I’ve had this with me for the past 10 years. Each of the photographs were of visual appeal to anyone who saw them, but, for me, there were stories and memories behind each of them that I woke up to every morning. That aside, my personal observation of ‘enforced idleness’ that all of us have at multiple instances during the day (between two classes/meetings, waiting for a cab, standing in a queue etc.) egged me on to start a concept that transforms the mobile ‘Home Screen’ into a gateway of content consumption — through a language of wallpaper stories,” shares the 32 year old alumnus of  Indian School of Business, MBA and HEC School of Management, Paris. While the mechanical engineer turned entrepreneur has previously worked in the mobile tech domain, starting-up was always on the cards. “Yes, I’ve always wanted  to become an entrepreneur. The timing was right in 2016. So, it panned out for the better,” he enthuses. With over 15,000 installations so far, Karumbaiah believes he’s on the right track. “We currently have a rating of 4.7 on Google Play with 200 plus reviews. The wallpaper stories could vary across categories such as travel, insight, philosophy, people, sports, fiction, entertainment, technology and issues of social relevance, of course. Wallpaper stories on Pixtory would be strongly image led with a crisp and interesting story.  The fact that our idea makes people wake up to short thought-provoking tales or at least makes them smile by just a double tapping an image of their choice is what drives us.” Karumbaiah  is backed by a team of three i.e. Ajitesh Shukla, Philip John and Amit Gupta. But, the tech-whizz  is open to perspectives. “ I work closely with college students as they help us weave in their thinking into the concept,” he adds.

About his offbeat interests, he signs off by stating, “I love reading.  That aside, I’ve always been fascinated by home brews like home made wine, locally made beers etc. So, I indulge in these off-beat activities whenever I can.”