Can a name change be a game changer?

Taking on the wife’s name or surname after marriage seems like a positive step. but how big a difference does it really make? 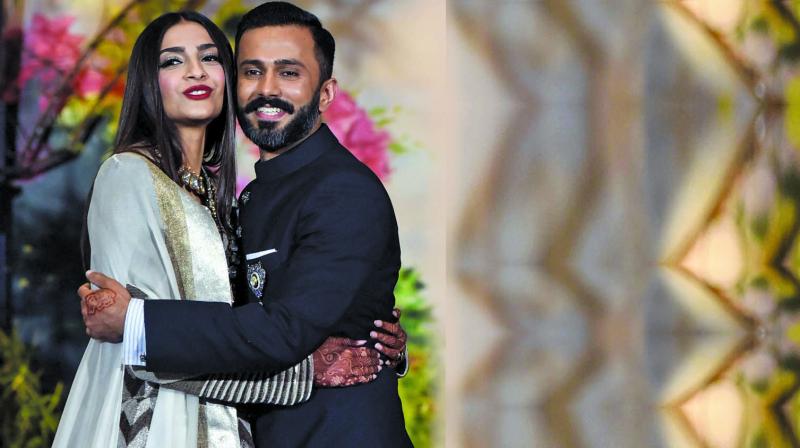 Dear ol’ William Shakespeare once said ‘What’s in a name?’ Had he been around to see the hullabaloo created around Anand Ahuja, now Anand S. Ahuja’s name change, he would have grabbed a quill and frantically scratched out the question.  The latest high-profile wedding in tinsel town set tongues wagging not just because it saw the ever stylish Sonam Kapoor tie the knot with her fashion forward beau, Anand Ahuja. It was the post-nuptial name changing that created an uproar. While Sonam K. Ahuja was initially criticised by some sections for taking on her husband’s surname, Anand was looked at in a new light. Here was a man who had done the unthinkable: he added his wife’s name to his on Instagram. While it is something that makes one bat an eyelid, Anand isn’t the only gentleman to have made the unorthodox move.

Abhishek Dave, an overseas education consultant, reveals that after his marriage in 2016, he too added his wife’s name, Shweta, after his name on Facebook. When quizzed about the reason behind the move, he says, “Back then I did it in the heat of the moment, but then I felt like keeping it. Actually my wife added my surname on Facebook first and I thought it unfair that only women change their names. We’re sharing our life rather than me taking over hers. That’s why I felt like doing it.” The 29-year-old says his friends have largely been supportive and appreciative of his decision. However, neither he, nor his wife, have legally altered their names. Abhishek says he wouldn’t mind taking on his wife’s name legally, but is hesitant to do so because of the tremendous paperwork involved.

So, does this amount to mere tokenism then? After all, women have been changing their names legally for generations. Activist and lawyer, Abha Singh, feels that in order to make a substantial impact on society, men should go the distance and add their wives surnames legally. Just a social media-driven change isn’t enough. “Legally adding your wife’s surname would help her retain her maiden name and identity. What happens post marriage is that women not only take on their husband’s surname, but his name too. So the woman’s family name is completely lost.” Abha feels that retaining the woman’s maiden name after marriage would help change the ‘ladki toh paraya dhan hai’ mindset. “The girls’ parents would feel that their legacy too would continue. Maybe this will help reduce the pressure of having a male child. If practiced on a wider scale, this practice could prove to be a great leveller in the long run,” says Abha.

Author Kiran Manral is less severe in her view of the situation. She says, “Getting names changed legally is a big hassle in this country. So it’s really a person’s individual call. Let’s appreciate the tokenism, if we’re calling it tokenism. Or let’s just appreciate the gesture. These are not battles we are really fighting.” Explaining her viewpoint further, Kiran says, “These conversations around men adding their wives names happen in a very insulated, privileged, urban bubble. It’s a start but look at the kind of society we’re living in. A woman doesn’t even have the right to fall in love with someone from another religion. In our society, a woman’s right to agency is completely nullified, even when she is legally an adult. Our battles are much larger. Let’s not lose sight of the larger conversations that should be happening.”

This train of thought is echoed by academic Shiv Visvanathan, who believes that this equality and reciprocity between a husband and wife has to penetrate all sections of society and must exist in other areas of life as well. He says, “While it adds some value, I don’t know how substantial it is in a society like ours. Right now, this trend is trapped in a few small enclaves where men and women do understand each other. Equality has to be reflected in wider areas, like within the structure of the family, within the sharing of responsibilities, within law. It has to be expressed in the nature of everyday relationships.”

So guys, if you are planning on adding your wife’s name or surname after marriage, kudos to you. But if you want to be a real instrument of change, something simple, but thoughtful like dividing household chores is just as powerful and important a move.