The reduced fare for daily commuters by the BEST gets mix responses from Mumbaikars. 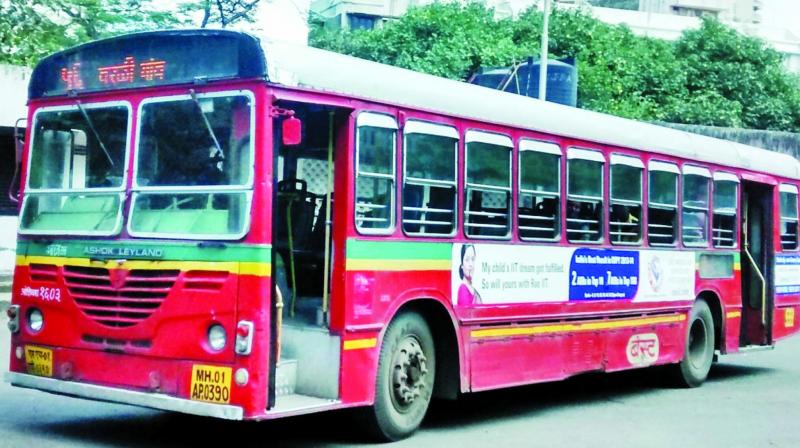 BEST, which used to ferry around 35 lakh passengers daily, has reduced to 20 lakh in just a matter of five years.

In a major step towards attracting Mumbaikars back to the city’s iconic red buses, the Brihanmumbai Electric Supply and Transport (BEST) has proposed to reduce fares for commuters. While the anonymously passed proposal has attracted a lot of backlash from the committee members, it has also received a mix response from daily commuters.

“If this is for everyone then it is a good move, unlike Delhi, which only focused on women, so here it is a good reformation. When you compare the bus fares with the local train, it is much cheaper. So if we get bus travel on reduced fare, people will obviously prefer bus over train,” says Anju Mathew, who commutes from Juhu to Bandra everyday and works in the HR department of a private firm.

However, Raveena Patil, a software engineer who travels form Borivali to Mahim everyday, feels that the move will cause more crowding in the bus. The men will grumble, since half of the seats are reserved for women, she says. “It’s a positive move, but people who cover long distances will have to suffer a lot of crowd. Unless there are more buses it wont help, because the fare is anyways affordable,” she suggests.

When asked about the disruption that the move might cause to women and other travellers due to packed buses, the chairman of BEST buses, Anil Patankar, assures that the department is in the midst of expansion and will be including 550 buses in next few months. “As of now there are 3000 buses on the roads and we are planning to have 550 more buses in next few months. We have a target of having 1000 more buses by the end of this year,” confirms the chairman.

As per the new fare arrangement, tickets will range from Rs 5 for 2 km to Rs 20 max for regular buses, and minimum Rs 6 to Rs 25 for AC buses. This settlement is seen as helping people travelling in groups to small distances. “As of now it’s like if we are travelling in a group. Just for two kilometres we have to pay more than what we will spend in an auto, so no one would prefer to travel collectively in a bus. But now with the reduced price, this opens the way for more people to board buses,” says Abhishek Kaddi, a media professional who travels from Andheri to Thane everyday.

BEST, which used to ferry around 35 lakh passengers daily, has reduced to 20 lakh in just a matter of five years. With the increasing transport options like private taxies and metros, it has given a serious threat to the bus system.

“But that doesn’t mean we will sit idle. The buses are already in loss, and public transport is never seen as a profit at the first place. There is a competition due to private transport options, and once we improve the mini buses in the suburban areas, we should be able to justify loses,” assures the chairman. Along with reducing fares and increasing number of buses, the department is also planning to commercialise the buses and other resources to manage capital.

Another commuter from Vashi to Malad, Shonali Sharma, points that reduced fare will create chaos for women, and they will have to bear a lot of hassle as there will be too many men in the bus.

“What’s the point in reducing fare? We can afford that, and I don’t’ understand how will they assure the safety of women travellers. There will be many lecherous men travelling and that will be difficult for us women to deal with,” avers Shonali, who has personally experienced inappropriate behaviour on a bus. “The department has to think about increasing the safety part, just like the train. We have separate compartments as well as cops in the evening,” she suggests.

However, it appears that BEST has considered Shonali’s concerns: As far as women’s safety is concerned, BEST has a best solution by providing more ladies special buses under the project Tejasvini. “There will be special buses plying only for women and this will happen by the end of this year,” confirms the chairman.

And as for its frequency he says, “We will make it easy for women travellers and keep the frequency aspect in mind. There will be an app and women can check before leaving their homes,” he concludes.