A recent reveal about a major Marvel character’s sexual preferences at San Diego’s Comic Con, has seen people appreciate this stand for inclusiveness. 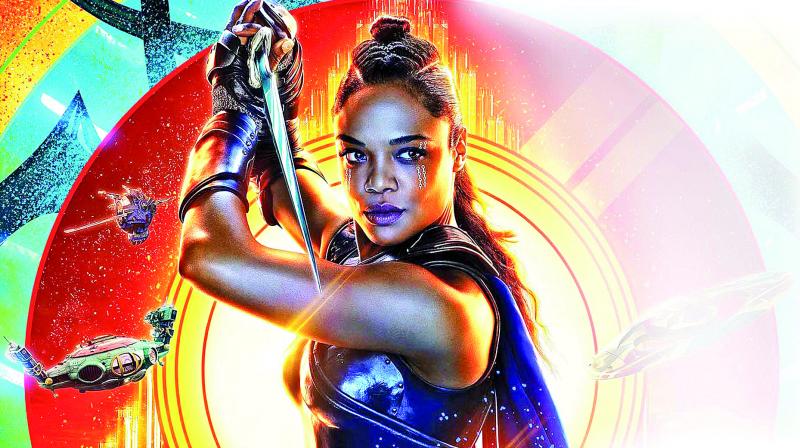 At San Diego’s Comic Con, the Marvel Cinematic Universe (MCU) gave details of their upcoming film Phase Four, including descriptions of a few new characters and stories to come. Meanwhile, there was also the important and moving revelation that Valkyrie the Asgardian warrior, played by Tessa Thompson, is bisexual.

At San Diego’s Comic Con, the Marvel Cinematic Universe (MCU) gave details of their upcoming film Phase Four, including descriptions of a few new characters and stories to come. Meanwhile, there was also the important and moving revelation that Valkyrie the Asgardian warrior, played by Tessa Thompson, is bisexual. Thompson, with reference to her character, said at the event, “As king, as the new king, she needs to find her queen.”

This caused quite a stir in superhero fandom and everyone’s talking about what it means to the lore ahead. Ananth Shivram, a student and member of the LGBTQIA+ community, says, “The MCU has continued its white straight male streak for at least the majority of its run. However, re-cently we’ve seen more inclusion as more female characters and characters of colour have risen to prominence.

Until now, all these straight characters have had their relationships either shown or mentioned on screen. It’s important to have a wide representation of sexual orientation among characters and it’s great that the MCU is acknowledging the LGBTQ community starting with a specific character. It would also be interesting to see them do the same thing with the upcoming Eternals movie and possibly other comic characters such as Carol Danvers and even Wonder Woman in the DC Extended Universe. We’ve seen the movies alluding to the sex lives of various major characters such as Iron Man, Captain America and Thor and I’m sure there’s more room to explore other complex relationships among characters in the near future.”

Ananth be-lieves that this is a good first step, but more is needed. “As the movies are in-sanely po-pular and have an en-ormous am-ount of power to influence the audiences’ perceptions about such social issues, I feel the MCU has a huge opportunity to normalise same-sex relationships in movies, which are generally considered family friendly, being produced by the house of mouse (Disney). At the same time, I’m also interested to see if these storylines and scenes will get axed or make it to the final theatrical cut for shows in certain countries like the Middle East, China and India, where some degree of homophobia still exists,” he points out.

The idea that films can influence thoughts to such a great degree may be appealing, but in India we still have a long way to go, believes Derrick Pinto a member of the LGBTQIA+ community and an analyst at a leading international bank. He says, “I don’t think this will help change the mindset of people. Today, LGBTQIA+ identities may be more acceptable than ever before, but within the boundaries of family, work place etc, acceptance of the same and freedom to express one’s gender choices or sexual orientation still remains a constant struggle and it is really hard for the heterosexual/society’s mind to accept the same.”

He adds, “When it comes to movies like this, people would just love to watch and they consider it to be entertaining. However, there are very few people who understand the reality of life behind a movie or the character. So, I would say there are 30 percent chances that such characters would help idolise super heroes irrespective of their gender/orientation.” Nonetheless, Derrick appreciates the initiative of inclusion.

On the contrary, transsexual Deepika Balraj feels this is a good idea. She says, “With movies being inclusive and introducing more demi-God-like characters, this is the best way for people to understand our situation and our struggles with body and mind. But it is only a fictional representation of a character from the LGBTQIA+. It would be better if people told real-life stories. However, we’re happy with this inclusion. I urge Indian filmmakers to make such movies too. It would help people understand us better.”

(With inputs by Malvika Ramesh)