Connecting Mumbai’s past and present

A photo exhibition is putting the old and the modern city in perspective. 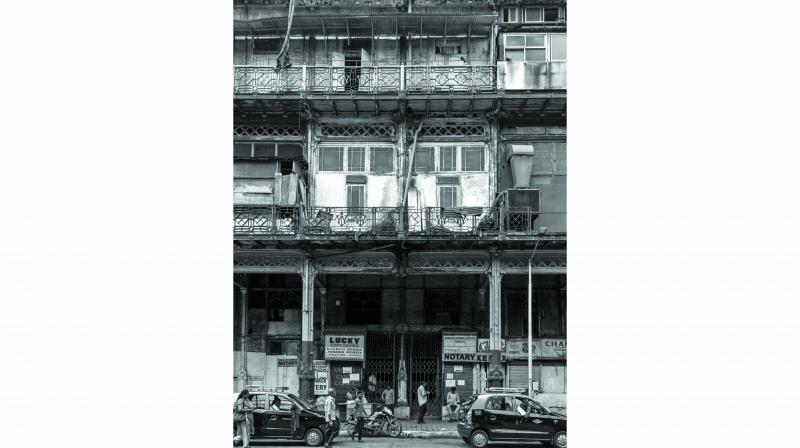 The artist’s impression of Esplanade Mansion

When photographer Aaran Patel went to meet visual artist Jeff Nelson to buy his artwork, the two clicked instantly and talked about collaborating. A few months later, they are all set to display their series of digital artwork, telling the story of old and new Mumbai.

Despite not knowing each other in the past, both Aaran and Jeff’s individual work revolved around the architecture of Mumbai as well. On one hand, Aaran has been photographing different aspects of Mumbai’s architecture, and on the other, Jeff has been creating architecture art for over five years.

The two have now come together for an exhibition named Mumbai is Upgrading. Speaking about it, Jeff says, “The project focuses on the known and hidden aspects of Mumbai’s architecture, more on the heritage part of things and the old-school buildings. So the essence of the collaboration is that we try to focus on these buildings and we reinterpret them in our way.” At the exhibition, one can see familiar images of Mumbai’s heritage structures, but with digital alterations to highlight the new in the old.

Aaran explains how photography and digital art comes together. He says, “What we have done is taken photographs of heritage buildings and Jeff has applied his creative skills to enhance and play around with different elements — all to begin the conversation around how the elements of the past and future look like when they come together.”

The photographer also reveals the inspiration behind the name of the exhibition. “We thought that those three words not only symbolise the changes in the city, but they also bring into question how we define development and what we define as an upgrade. We wanted to contrast that with some of the older spaces and buildings,” he says, giving the example of the Mumbai Metro project, an element closely associated with the exhibition. He says that the massive infrastructural project is becoming an equally important part of the city. 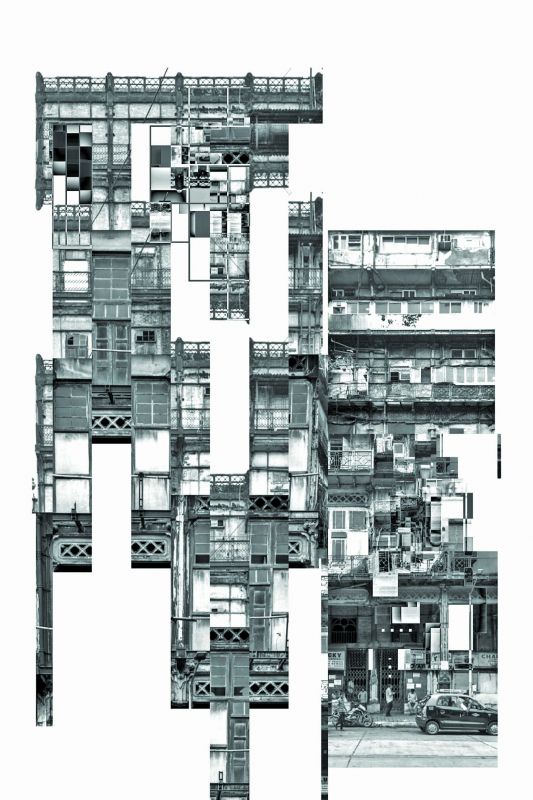 Talking about the changing meaning of development, Aaran also cites the example of India’s oldest surviving cast-iron building, the Watson Hotel. “When the IIT audit recently came out recommending the demolition of the Watson Hotel, it’s become quite a polarising issue. There are a few conservation architects who are very keen on preserving the heritage building but the landlord couldn’t pay for the restoration and upkeep. When things like this arise, some people are interested in seeing an old building crumble because it means new land and new opportunities.” Apart from the hotel, Aaran has captured forts at Mahim, Worli, and Sewri, a 100-year-old cotton association building in Cotton Green and Shakti Mills.

Although Mumbaikars are aware of the heritage structures in the city, they are more or less forgotten. Therefore, the aim of this exhibition is to make people notice it again. “We are trying to invoke the sense of the present in people’s minds about these places, and the elements that make these places, because most of them are structures and things that you come across every day. But because they have always been preset, it kind of goes unnoticed. So it’s a way of seeing that and bringing that to life,” concludes Jeff.