‘Virtual courts’ for traffic challans are here to give Delhi-ites a digital push to do the right thing. 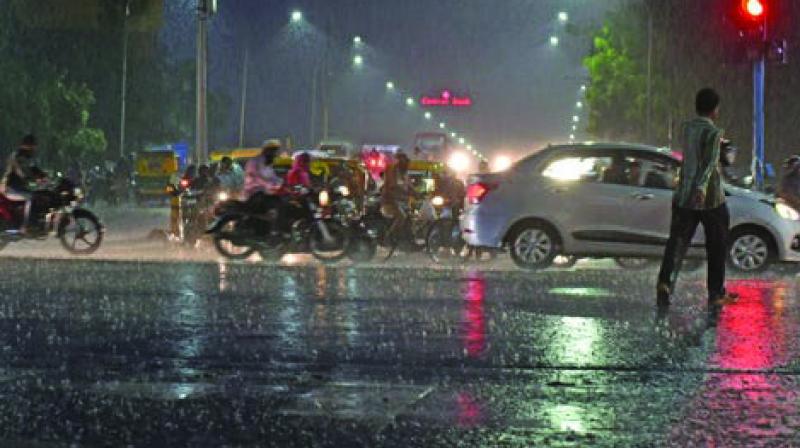 Just recently, Riya got stuck at the Delhi-Gurugram toll plaza as her cab driver had not paid the toll tax and the car was about to be seized. It was around midnight and she couldn’t understand what to do at that wee hour.

Just recently, Riya got stuck at the Delhi-Gurugram toll plaza as her cab driver had not paid the toll tax and the car was about to be seized. It was around midnight and she couldn’t understand what to do at that wee hour. She had only one option: requesting the officials to settle the matter there and then. But the long process where the driver attempted to ‘negotiate’, hyped her anxiety and made her feel unsafe.

Riya’s story is similar to that of several others who commute everyday, either by car or bike.

At times, the officials check the driver’s documents before going ahead with the challan process. But, sometimes, enters the illegitimate bribing. People ride without wearing helmets or seatbelts as they know that, if caught, the situation can be handled with ease.

But beware, Delhi-ites. The ‘virtual court’ is here to put things back in order. Headed by Ruchi Aggarwal Asrani, who is an official at the Delhi Judicial Service, Central District, Tis Hazari Court, it is expected to bring a sigh of relief, as, in additional to letting vehicle owners pay their challan from home, it lets them solve all fine-based issues conveniently.

The project, launched by retired Supreme Court Judge, Justice Madan B. Lokur, will handle all traffic cases. It will save time and help streamline things for commuters, government officials and the on-duty police officials. Rittam, who travels daily between Chhatarpur and Gurugram, says, “During a red signal, I see people breaking traffic rules often. They risk their lives just to save a minute or two. I hope now onwards the virtual court keeps an eye on these things.”

The digital challan will be generated through an online application, available to the on-duty Delhi police officials. After the day’s completion, all challans will be reflected in the portal of the district’s virtual court. The court would then issue summons to the violator via phone and email . The pen and paper system going away will help the situation as vehicle owners need to pay the amount online within a span of 15 days or a legal notice can be issued against them. If not for the sake of safety let the fear of facing hassles bring some order to the Delhi vehicle owners. And the virtual court seems to be the flag bearer to bringing a new system to the city.