Beluga whales and narwhals go through menopause like humans

Biological trait stops them from having too many young to feed in later life. 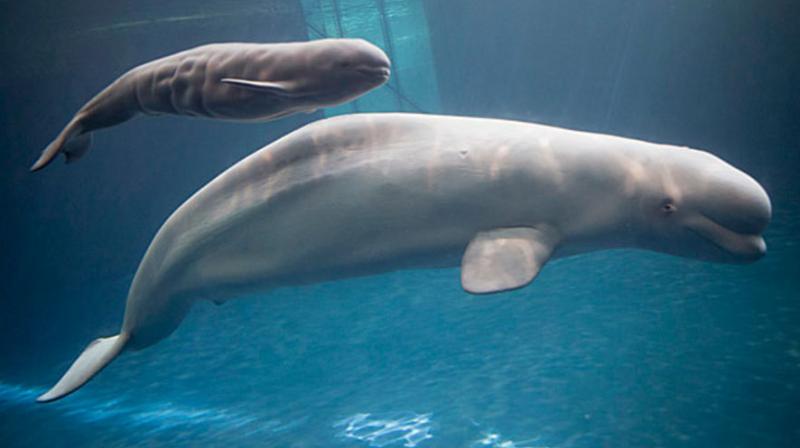 Most species in the wild continue to reproduce till they die, but the new discovery means that a total of five species stop reproducing during their lifetime. (Photo: AP)

According to a new scientific discovery, Beluga whales and narwhals go through menopause 'just like humans'.

According to them, the trait, which is extremely rare in the animal kingdom, helps cut down competition for food within family groups.

Most species in the wild continue to reproduce till they die, but the new discovery means that a total of five species stop reproducing during their lifetime.

Alongside humans, killer whales and short-finned pilot whales were the only other species previously known to experience the menopause.

These species may have social structures which mean females live among more and more close relatives as they age, the researchers said.

They suggest the menopause has evolved independently in three toothed whale species, with beluga whales and narwhals possibly sharing a common ancestor.

Speaking about the study, lead author Dr Sam Ellis, from the University of Exeter, said, “For menopause to make sense in evolutionary terms, a species needs both a reason to stop reproducing and a reason to live on afterwards.”

She added that in killer whales, the reason to stop comes because both male and female offspring stay with their mothers for life – so as a female ages, her group contains more and more of her children and grandchildren.

She added that this increasing relatedness means that, if she keeps having young, they compete with her own direct descendants for resources such as food.

Research into human ancestors suggests they lived among more relatives as they aged. As a result, the menopause may have been favoured as an evolutionary trait to enable older women to impart their wisdom onto younger members of a group – without their time being consumed with their own offspring.

While there has already been extensive research into the existence of the menopause among killer whales, detailed observations of live beluga whales and narwhals have not yet been carried out.