A tale of two cities

A panel of cultural experts investigates the similarities between Madras and Mumbai through art and culture. 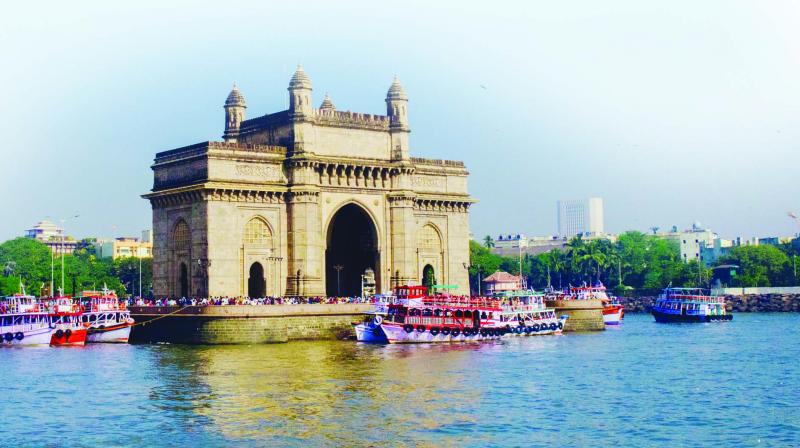 While artists in Madras were engaging with tradition, artists in Mumbai were exploring western modernism.

Distinctively different in terms of culture and heritage, Mumbai and Madras might as well be distant cousins. But despite their differences, the two metropolitan cities have striking similarities, specifically in terms of art, architecture and cuisine. A panel discussion in the city — Madras / Mumbai: Musings on the Modern City, will shed light on some of these similarities, and also address the unique qualities of each city. Keeping in mind the Madras Art Movement, panellists from various fields will examine the cultural heritage of both cities.

Moderator of the panel Ranjit Hoskote, a cultural theorist and curator, feels it’s important to take a deeper look at the Madras Art Movement before drawing parallels. “This art movement in Madras comes from a very strong desire to reconnect with older traditions, whether that’s thought, calligraphy or sculpture and it’s very prominently focused on the Cholamandal Artists’ Village in Chennai. You’re looking at K.C.S. Paniker and his colleagues, who really founded this movement. And you don’t hear about this too much because narratives of Bombay, Baroda, Delhi, and Shantiniketan dominate our art discourse. So it’s crucial to think about what was specific about 20th-century Madras and to offer an account of it for audiences in Bombay and elsewhere,” he explains.

While artists in Madras were  engaging with tradition, artists in Mumbai were creating art with reference to western modernism. “India is a place of many different cultures, so it’s interesting to see in the same frame, what K.C.S. Paniker was doing and what tradition he was trying to recover, and on the other hand what were artists like Souza, Husain and Raza doing in Bombay,” he says.

The panel includes Bharatanatyam Dancer Namita Bodaji, Architect and Urban Conservationist Kamalika Bose, and Food Entrepreneur Siddharth Somaiya, thus encompassing a wide span of India’s cultural heritage. Ranjit shares that the panel is also looking at how cultural ideas and themes travel from one city to another, not just through art. “We’re also looking at dance forms. Bharatanatyam, which was invented in Madras as a part of the nationalist movement, travelled to Bombay and created a new life for itself. So it’s looking at the rich cultural lives at the two cities, seeing what they have in common and what makes each one unique,” he notes.

Talking about how the two cities are similar in terms of art, Ranjit says: “You have to look at the institutions: In each case, there was a very strong academic presence. In Madras, it was the Government College of Fine Arts and in Bombay it was JJ College. Plus in each case, there was an effective group of artists that made their mark, people who were making a bridge between tradition and modernity. In Madras it was the Cholamandal group, and in Bombay it was the Progressive Artists Group.”

In addition, though art and art institutes were prominent in both cities, artists in Madras were able to encapsulate it in a way that Mumbai artists couldn’t. “Unlike Bombay, where the Progressives or many of the artist groups scattered and went all over the world, the difference in Madras is that they actually built themselves an artist village called Cholamandal. That’s what makes this unique: They made a parallel world for themselves. In Bombay, it was much more difficult to create that kind of community. For one it’s real estate, and also the artist in Bombay had different aspirations; they wanted to go out in the world and be in London and Paris and New York,” Ranjit explains.

Through a deep discussion about the cultural lineage, the panel will go back centuries and dig out interesting facts about both the cities. “What makes this discussion rich and interesting is that you have all these different disciplines — art, architecture, dance, the culinary arts — and each discipline has a different timeline. We’re looking at Madras and Bombay, both cities founded in the colonial period. So you have to go back to at least the 18th century to think about how these cities began as a place, where British colonial interest meets local settlements, and how do they then become world cities,” the curator concludes.

The panel discussion is scheduled for August 29, 6pm at DAG , Kala Ghoda