The animated documentaries will be screened on September 29 and 30 at The Hive at Gostana. 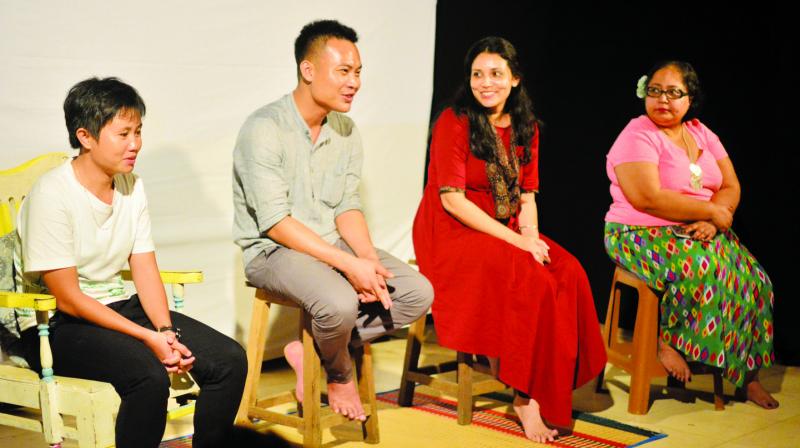 Four petals of an animated flower are pieced together — a metaphor in motion that communicates the piecing together of a 13-year-old girl’s life after it has been ravaged by rape. One gets to see such subtle, yet poignant symbolism at play in each of the animated documentaries created by the students of the Yangon Film School in Myanmar. Under the mentorship of filmmakers Paromita Vohra and Debjani Mukherjee, 12 students from the conflict-ridden country came together to create four documentaries under the title Stand Up for Women! Stand Up for Peace! to highlight the pervasiveness of gender-based violence in Myanmar through first-person accounts.

The documentaries tell the stories of women from Kayah, Karen, Shan, and Kachin states, all of which continue to be locked in ethnic-based conflicts with the government, highlighting how women often become soft targets during instances of political conflict. “We have experienced more than 60 years of civil war. Though there is a government now, there is no real authority. So, if something bad happens, we don’t know whom to turn to for justice,” says Aero, whose sand animation film, Limbo, tells the story of a 19-year-old girl who is raped by her uncle and is yet to see the perpetrator of the crime behind bars. Grains of sand morph into powerful visual metaphors, like a bleeding apple to symbolize a failed abortion, which transcend geographical boundaries and resonate with the viewer. 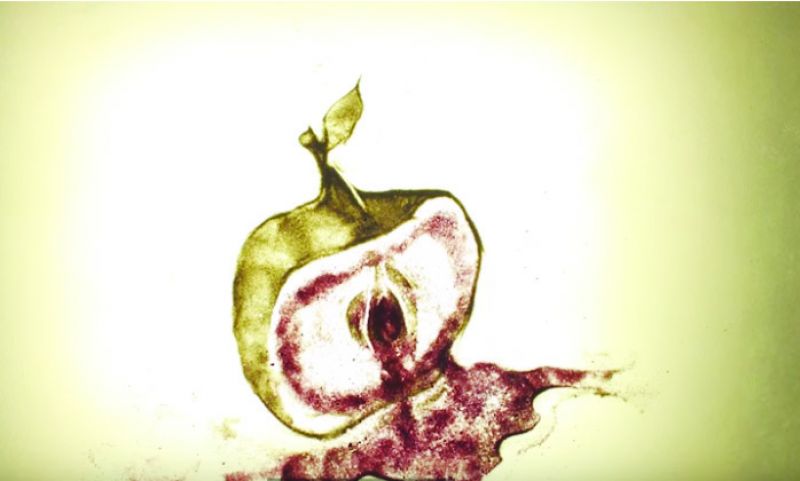 A still from the documentary Limbo, courtesy Yangon Film School

Another one, titled Home, uses watercolour animation to narrate the trials of a woman confined in a camp for Internally Displaced People (IDP) in Kachin state, while yet another, titled Wave shares the experiences of a humanitarian activist through charcoal animation. “Animation has the ability to take you into the interior world of the person. You see things through the person’s emotions and not external markers of identity, gender, history, and society,” says Paromita, when asked why animation was chosen as the preferred medium for these documentaries. “It also gives you the freedom to play with context, symbols and add layers to the story. You don’t move between scenes but the emotions of the protagonists,” adds Debjani. One spies these perceptive visuals in the shattering of a plate, which communicates an incident of domestic violence, squawking crows that stand for chastising relatives and many more.

But making these films was challenging as none of the students had a background in filmmaking. Plus, they had to travel to their home states in search of stories and then convince women who were survivors of gender-based violence to share their experiences. “We had workshops with the students to guide them about the way in which you should talk to these survivors. It requires you to be sensitive because these people have already undergone violence. Also, the focus was on keeping the experience particular to the individual, so that they aren’t looked at as spokespersons for everything happening in the area, which is what the media often does. Through these documentaries, you understand the situation, but the person doesn’t stop being human for you,” says Paromita.

The students also had to navigate censorship to keep themselves and their films from getting into trouble. “We cannot say ‘soldiers’ or ‘police’; we have to say ‘people in uniform’. Despite these veiled references, our films were not screened on Natonal television channels, but we did have informal screenings,” shares Aero.

Thanks to this six-week filmmaking course, the students feel empowered to use the knowledge gained to help fellow citizens, particularly women. Doris, whose film Kayah Lily tells the story of a rape survivor, says, “I want to tell the truth through my stories and I have a lot of stories within me. Animation films can become a good tool for women’s organisations to raise issues, create awareness and for policy making.” She currently works for an organisation that runs a safe house for gender-based violence cases and offers legal help to the survivors.

While armed conflicts rip apart nations and lives, the colossal statistics of victims often leave us desensitised – a life lost is reduced to a tally mark. But it is documentaries like these, which zoom in on micro narratives that help us see the bigger picture, and the inhumanity and futility of it all.

The animated documentaries will be screened on September 29 and 30 at The Hive at Gostana.