Sight of the limitless sky

However, on Thursday, Delhiites were in for a pleasant surprise as they were witness to clear blue skies. 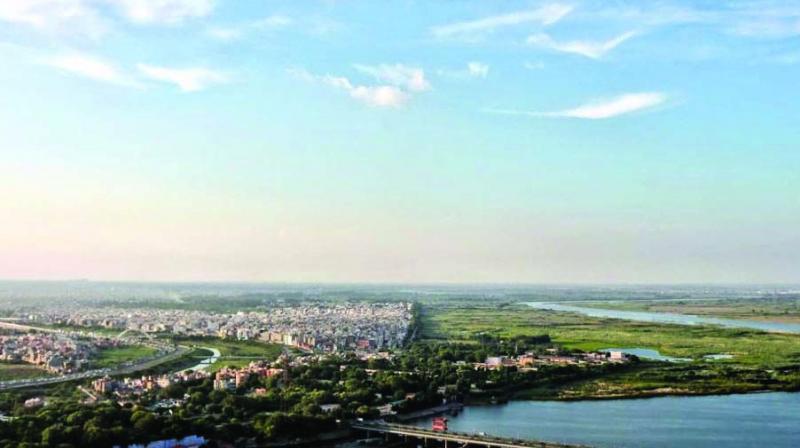 Air pollution has been one of the biggest problems for the capital for so long, that Delhi is often considered the most polluted city in the world. However, on Thursday, Delhiites were in for a pleasant surprise as they were witness to clear blue skies.

Delhi Chief Minister Arvind Kejriwal took to Twitter to post some pictures of the sky, with the caption, “These are pictures of our beautiful Delhi taken today, from the top of the Signature Bridge... It has been many years since I have seen such clear, blue skies. We have to work together to keep Delhi's air clean. ”

Radhika Malik, a Delhiite, feels that people complain a lot about Delhi, be it regarding pollution or its safety quotient, but often forget to appreciate the good. “On Thursday, I was shocked to see the clear skies and it was looking so pretty that I started clicking pictures of it. I was with my colleagues at that time and we all left our work and enjoyed that moment.” She agrees that pollution is a big concern and wishes that people get to see such skies more often, after the implementation of schemes like the odd and even rule. Vivek Kumar, a college student, points out, “We have started living in such an environment that if we even spot clear skies on one day, it becomes a big deal for us. Rather than just enjoying it, we all should take steps to resolve the air pollution problem so that we can enjoy this daily.”

Instagram and Twitter were filled with photos of the various shades of Delhi skies, as a result.