Memories of my mother

MA.AMA follows Philip Sangma on his quest to retain the withering memories of his beloved wife. 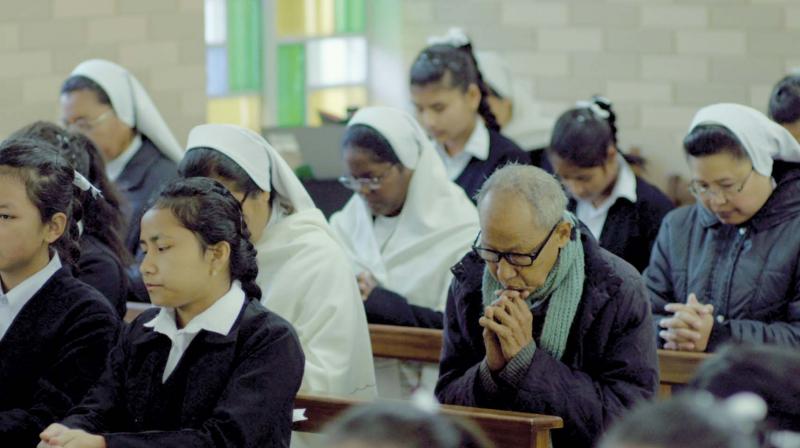 Eighty five-year-old Philip Sangma is desperately searching for his wife Anna in an unending barren landscape that is flanked by hundreds of women. As he inches closer to the crowd and looks harder, he can’t recognise or find her. Anna died 30 years ago in an alleged black magic ritual that Philip can’t make peace with, even in the twilight of his life.

This surmounting helplessness to find his deceased wife is locomoted to cinematic reality, as soon as he snaps out of his perplexing dream.

MA.AMA begins when Philip stops dreaming. The title literally translates to ‘Moan’ and is entrenched in realism even when it’s markedly fictional. MA.AMA is elegiac in its tone, as it follows Philip on his quest to retain the withering memories of his beloved wife.

Dominic Sangma’s 123-minute Garo feature is also his own quest to find who his mother really was. Dominic lost his mother when he was barely two-years-old and lives with the imagined memories of her and through the stories narrated by his siblings. Philip Sangma is named after and played by the filmmaker’s father, whose pensive face ever so often gives the film its authenticity.

The film has a Chinese producer and is the only Indian feature to be selected in the International Competition section at the 20th Jio MAMI Mumbai Film Festival. 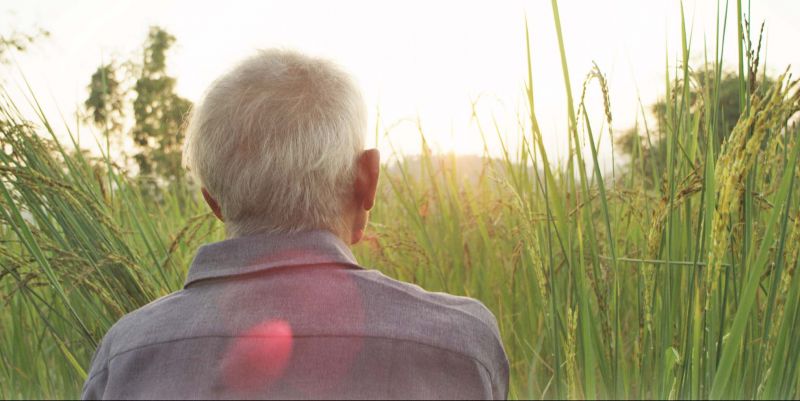 Even though the octogenarian has remarried, he misses Anna dearly. The pulse of the film is therefore to fill the gaping void felt by both father and son. “I would see my dad taking old black and white photos of my mom to clean them and get them coloured. Even though my dad remarried, I know how much he misses mom,” says Dominic.

MA.AMA took the 31-year-old filmmaker five years to finish. Before this, he wrote another script, which was also about his mom, but he couldn’t get himself to shoot it. “Suddenly one day, I was so depressed that I couldn’t get myself to shoot the film. But then, I realised that instead of talking about the past I should talk about the present and my father,” he narrates.

Even though the film is based on a true story, some of its parts are scripted, “Some scenes were scripted, but some things just happened in between. There was one scene where my father is supposed to meet the man that my mother had an extra marital affair with, but he was in jail at that time, so I didn’t know whether to wait for him or rewrite that part.”

It was in the midst of these tiny glitches that the filmmaker realised he wouldn’t be in control of everything. From then on, he decided to shoot what was happening in front of him, severing himself from the rigidity of a script, “I don’t want to call it a documentary film but it’s very close to life. For instance, when my dad for the first time goes back and tells my sisters and step mom about this film, their reaction wasn’t rehearsed. I didn’t want to follow a script, for me it’s the mood that matters the most. For me, to make it believable, I have to create the mood first,” says Dominic.

For a non-Garo speaking person, the title MA.AMA might come off as something closely related to a mother. But for Dominic, it truly is. Through this film, he not only resurrects and reconstructs memories of his own mother, but has also come to accept his step mom. “I had a distant relationship with her while growing up. In fact, when I was writing this script I realised there was something that’s missing in the script because I was excluding her. Finally, when I actually included her and spoke to her, I understood what it is for a woman to be looked at as the other, the aid. The film is almost like a bridge between my mom, my family and me. Now, there is so much more understanding,” he says.

The film also stars other family members of the Sangma clan who play themselves in the film and is shot entirely in their village skirting the border between Meghalaya and Assam. Throughout the conversation, Dominic reiterates he doesn’t want audiences to be bogged down by the emotion in the film, rather look beyond them to find greater meaning. “When you listen to such a story, the images that form are very emotional and sentimental. But I want the audiences to watch it, as though they are watching their life itself. To look at the everyday mundane things and find the small things through which we feel and experience life. That is what I wanted to capture through this film,” he says

The unrushed narrative and slew of long shots leaves a lot of room for audiences to ponder. The film was shot on a shoe string budget over 14 days, with the help of cameraman Acharya Venu who perfectly captures the Mise-en-scène of this quaint village, “When my dad saw the film, he told me it was almost like looking into the mirror,” beams the filmmaker.

But Dominic’s search for his mother isn’t over yet. Despite, the inevitability of death, his quest to search his mother’s past will not stop until he finds the answers to her untimely death, “Unless I find answers to my mom’s death, there are questions that are still left unanswered. My other film is about the distant memories and imagined memories of her. I don’t know if you compare distant memories and imagined memories, it will tally or not.”