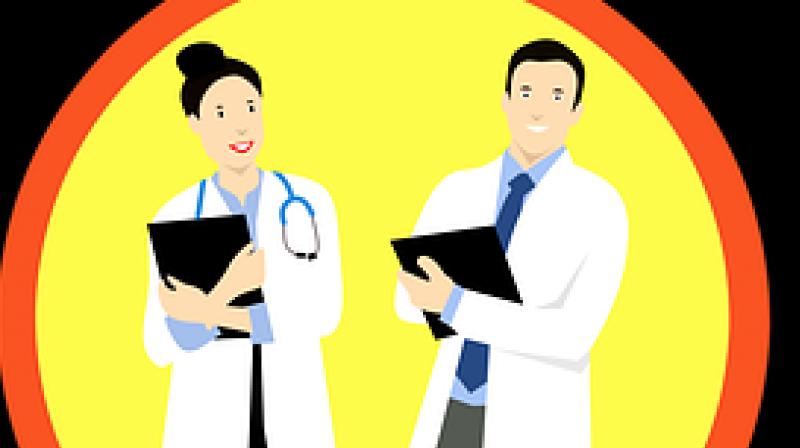 Male physicians in the US, across almost every specialty, took in more money from the biomedical industry in 2015 than their female peers, a new study suggests.

“These data are depressingly familiar”, said Ariane Hegewisch, program director of employment and earnings at the Washington, D.C.-based Institute for Women’s Policy Research, who was not involved in the study.

Two-thirds of the doctors in the study were male. Across all specialties, men received a higher per-physician value of general payments versus women, with a median difference of $1,470. The discrepancy in neurosurgery was particularly wide, with the largest per-physician value of general payments for male neurosurgeons at $15,821, compared with $3,970 for their female colleagues.

“At first glance, this finding can be interpreted as merely another example of gender disparities in the workplace, which we have seen before with gender gaps in physician salaries and research funding,” said study coauthor Kathryn Tringale of the University of California, San Diego.

Female doctors with children may work fewer hours than their male counterparts, although not every woman physician is a mother, and not every female doctor who is a mother has reduced her hours, noted Hegewisch in an email.

“But this is not really a full explanation: why is it that women take so much more responsibility for their kids and for family care overall? Discrimination, access to the highest paying opportunities, and systemic bias in the way funding and patenting systems are set up are also likely to contribute,” she said.

The study also found that male physicians held 93% of the value received from ownership interests, including stock options and partnership shares, and received a higher per-physician value across most specialties, with the largest difference among radiologists. However, women physicians in certain fields such as obstetrics, gynecology, psychiatry and urology, had comparatively higher values of ownership interest.

“Perhaps industries purposely target men more than women, presuming they may have greater influence on market share or sales . . . data shows that women hold fewer patents than their male counterparts, which may be explained by fewer initial connections to the marketplace or exclusion of their name from the patent itself after idea generation,” Tringale said.

Dr. Jane Orient, executive director of the Association of American Physicians and Surgeons, suggested what she called another “obvious explanation.”

Perhaps “women do less of the work that earns the type of payments being studied,” she said in an email.

The study findings were drawn from the Centers for Medicare & Medicaid Services National Plan & Provider Enumeration System and from 2015 Open Payment reports of industry payments to US doctors.

In a subset of 63,466 licensed California practitioners, after taking years in practice into account, male physicians were still more likely than female physicians to receive general payments and hold ownership interests, and the men received more - and higher-value - general payments, Tringale and her coauthor Dr. Jona Hattangadi-Gluth wrote in JAMA Internal Medicine.

“We need to further investigate how interactions with industry influence physician behaviour and impact patient care, which we cannot conclude from these results,” said Tringale.