Breaking tradition: Meghan to give speech at wedding to Prince Harry

Suits star will address the 800 guests at the Windsor Castle reception instead of her father. 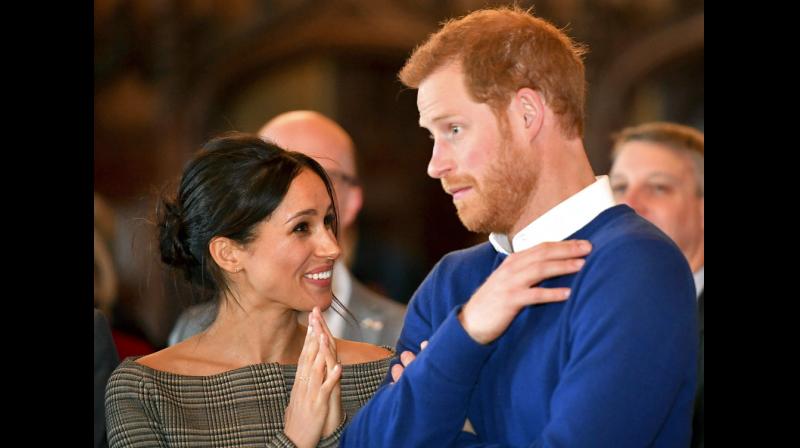 According to sources, the couple are said to want their wedding to mirror their own tastes and personalities instead of the institution of the Royal Family. (Photo: AP)

In a far cry from Royal traditions, Meghan Markle will make a speech at her wedding to Prince Harry.

The Suits star will address 800 guests at the Windsor Castle reception instead of her father.

According to The Sunday Times, Meghan wants to deliver an ‘affectionate’ tribute to her new husband.

A source told the paper that her shy father Thomas, 73, will walk her down the aisle but is unlikely to speak.

Speeches are traditionally given by the bride's father, the groom and the best man.

The source went on to add that she wants to have the chance to thank her husband and everyone who has supported them. Harry thinks it’s a great idea.”

Meghan is accustomed to public speaking, including an address to the UN in 2015.

Interestingly, Harry and Meghan have been more involved in the planning of their wedding than most royal couples.

They have made it clear to royal staff that while normal protocol will be respected in terms of seating, invitations and the guest list, they want their nuptials to be a ‘toned-down affair’.

According to sources, the couple are said to want their wedding to mirror their own tastes and personalities instead of the institution of the Royal Family.