Former Libyan dictator was within hours of buying majority stake in Man U before it was sold to the Glazers. 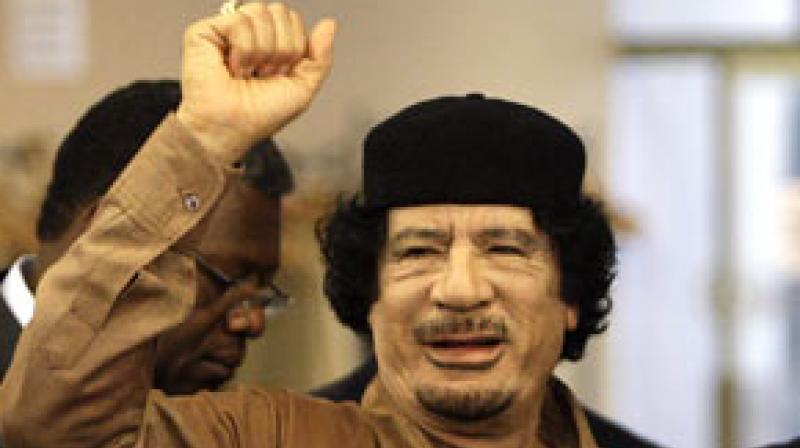 The former Libyan dictator, who was overthrown and killed in 2011, went on to purchase Italian club Perugia after the two parties failed to agree on a price. (Photo: AP)

Colonel Gaddafi was within hours of buying a majority stake in Manchester United, according to the man who brokered the deal for the Glazers to takeover the club.

Chairman of Cardiff City, Mehmet Dalman, revealed he was summoned to Libya by private jet in 2004 to discuss purchase of John Mangier and JP McManus’ 29.9 per cent shareholding.

According to Dalman, the Irish tycoons fell out with former United boss Sir Alex Ferguson over the ownership of racehorse Rock of Gibraltar and asked him to help flog their shares.

Speaking to the Sunday Times, Dalman said that people do not realize that the takeover deal was a whisker away from going to Libya.

"Gaddafi almost bought the club. That's how close it got - literally, you're talking about a few hours," he said.

The former Libyan dictator, who was overthrown and killed in 2011, went on to purchase Italian club Perugia after the two parties failed to agree on a price for the controlling stake in the Red Devils.

Speaking to the Financial Times, Saadi Gaddafi, son to the late Libyan dictator said that they were almost on their way to buy Manchester United but kept it a secret as they thought the deal would go through.

The stake was eventually bought by the Glazer family who completed a full takeover at Old Trafford and controversially loaded the club with hundreds of millions in debt.