Couple marry in courthouse bathroom due to unforeseen circumstances

The groom's mother began to have breathing issues shortly after the ceremony began. 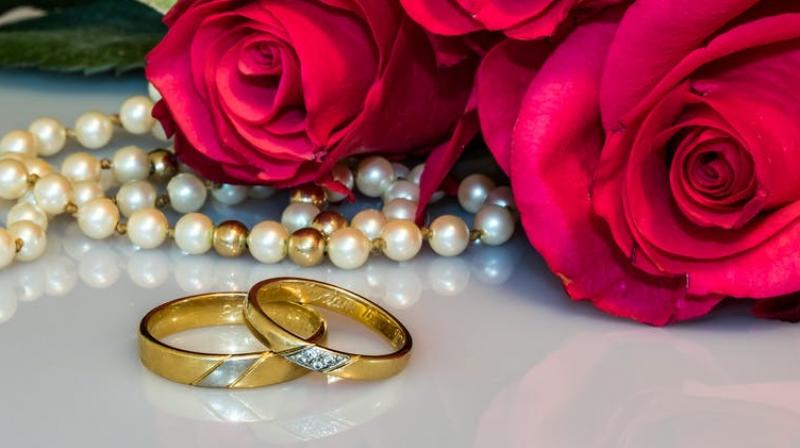 US couple marry in courthouse bathroom after health scare led to a venue change for the ceremony.

The bride and groom arrived with family and friends at Monmouth County Courthouse to get hitched when unforeseen circumstances led to the unusual location change for the ceremony.

The mother-of-the-groom Brian Schulz, began to have breathing issues shortly after the ceremony began and felt she was having an asthma attack.

Officers rushed her to the bathroom to give her oxygen and wait for paramedics to arrive. Concerned about her health, the couple realised they may need to postpone their wedding and wait a little while longer. "The couple was clearly upset about the mom and having to postpone their wedding in which they would have to wait another 45 days for a new marriage license to be processed," read a post about the incident on Monmouth County Sheriff's Office Facebook page.

Also, the ceremony wouldn't be able to go on because the mother of the groom had already signed the marriage license and needed to be present, the Mirror reported.

Unable to leave the bathroom, the couple's options seemed bleak. Until it was suggested that maybe they could get hitched in the ladies bathroom.

Brian and his bride Maria, agreed and with the wedding party and Honorable Judge Katie Gummer they proceeded with the ceremony in the new "venue" on January 2.

The Mirror quotes Sheriff Shaun Golden: “I commend the sheriff’s officers and EMTs involved in ensuring the safety and wellbeing of the groom’s mother.” Adding, "As for the nuptials, the quick thinking and determination of our officers and commitment from the judge to perform the ceremony in unusual circumstances led to one happy couple."