Down memory lane in tones of sepia

An exhibition of photographs from 19th century India shows not only the subjects in the frames but also their sociopolitical backdrop. 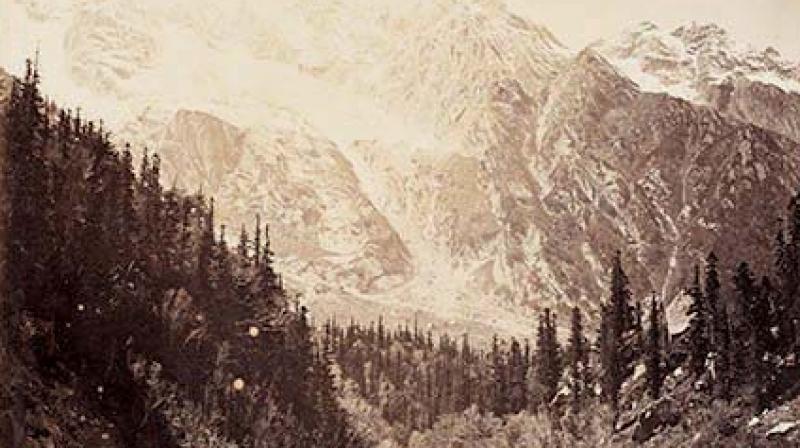 A photograph of the Himalayas.

A photographer stands shrouded in a dark cloth, focusing upon his subjects through a lens. On the other end of the long, tapering box camera, his subject stands perfectly still, waiting to be immortalised — or documented. As the seconds tick by, the photograph develops painstakingly, and is finally produced in sepia tones, to ensure their longevity. The years roll by and the photograph, worn with time, perhaps finds itself in a gallery.

It is this sense of nostalgia that Portrait of a Nation, A Nation in Portraits seeks to capture. The exhibition, which is currently taking place at Pundole’s fine art auction house, encompasses a massive collection of photographs that gives the viewer a comprehensive glance into the early colonial era in India.

“It is not just the subjects of the photographs that we are looking at, however,” says curator Madhavan Pillai. “It is more about the emotions that each photograph is able to incite in the viewer.” 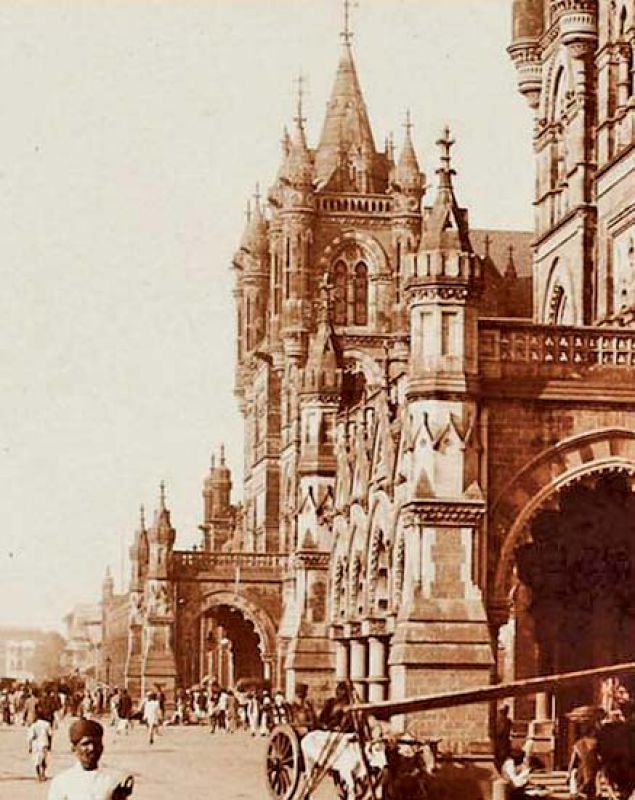 A photograph of Chhatrapati Shivaji Terminus.

Each photograph, explains the curator, has a dual narrative — one of emotions and one of history. “In our traditional dance forms, you have the navarasas or the nine emotions. Similarly, through the different photographs, we have tried to evoke different emotions. One layer of narrative consists only of that,” he explains.

Historically, however, photography had many more practical uses. “The British used photography to document India, in terms of people and resources. It was in the 19th century that France made photography a public venture and the British caught on and did their own experiments in the medium. Unlike a painting or pictorial representation, photographs mean that the colonisers could document their subjects with complete accuracy and authenticity,” he reveals. “I believe that it was the effect of this documentation by the British that made the caste and class system in India so completely concrete. Before they were documented, people weren’t as aware of the differences that divided them.”

For the royal families of India though, photography was both a way to show their superiority to their subjects, as well as their subservience to the British rulers. “The royal families had their portraits drawn or had themselves photographed as a show of opulence. You even had Sawai Ram Singh II in Jaipur, who was a photographer himself. However, using this medium also showed that they were under the British rule,” elaborates Madhavan.

As someone who has an interest in the technical history of photography himself, Madhavan found a lot of joy in selecting the specific photographs. “The collection itself is all sourced from one of the main patrons of the Sarmaya not-for-profit art collective Paul Abraham. He has collected a lot of artwork, coins, photographs and other historic artefacts over the years. However, since my own interests lie in photography, especially the technical history of it, I used that lens for a show that encompasses the 19th century,” he smiles.