Orijit Sen is still awaiting a reply from fashion house Christian Dior after it allegedly ripped off his design for a dress of its own. 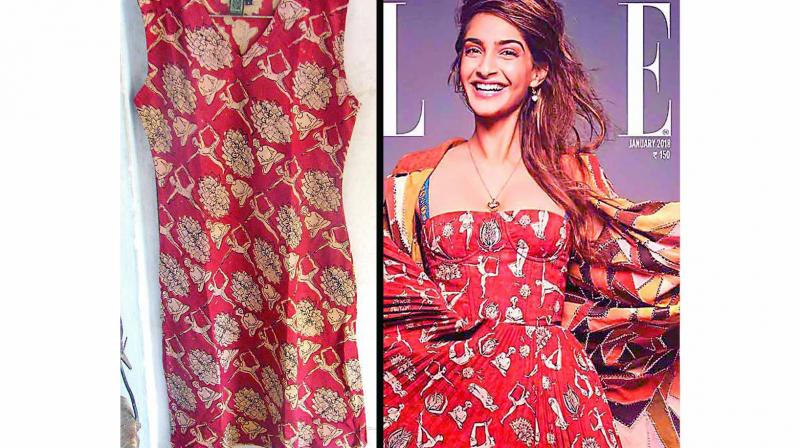 Imitation is the highest form of flattery — but it looks like many designers might not agree with this famed quote by one of the most famous designers, Coco Chanel. With the cases of fashion designers and the biggest labels being accused of copying designs growing each day, designers have now decided to name and shame them on social media.

A recent case that has come to light is that of Dior, who has been accused of plagiarising a design created by an Indian studio, People Tree. This came to light after Sonam Kapoor was featured on a magazine cover this month wearing a red-coloured corset dress with ‘The print of yogis’, a design that was originally created by artist Orijit Sen, co-founder of People Tree. The dress had made its runway debut as part of Maria Grazia Chiuri’s Resort ’18 show for Dior, before making its way to Sonam’s wardrobe.

Orijit, said he, created the design around 18 years ago and was shocked when he noticed the dress Sonam wore with his design on it.

“I am putting together a letter to Christian Dior seeking an explanation for its behaviour. They have to provide us with a clear account of creating the design,” he says.

The design in question is the print of yogis, which had been created in association with Rajasthani handblock printers as part of a series.

“It is not practical for us to take a patent for so many designs. Legally, the copyright rests with the creator. If I say it is my design and I don’t have a copyright for it, I have to be able to prove that I am the creator,” says Orijit.

He adds, “It is a big blow to the artisans and people who work with Indian designers. Although I am the one who is going to take action, I feel I am taking an action on behalf of all the artisans and craftsmen. It’s their livelihood which gets impacted by this kind of blatant plagiarism.”

Meanwhile, Orijit has been getting a lot of support on social media after he shared a photo of the corset dress Sonam wore, alongside a photo of an apparel with his print. He wrote, “Despite the massive resources at your command, do you still need to rip off from people who make original work while struggling to pay their rents from month to month?” He further wrote, “I’d like to set an example here — so these mega brands with mega budgets think twice before plagiarising the work of small independent creators with impunity. It happens all the time. It must be halted! #Dior #Designparasites”

“I am grateful for all the support and solidarity that I have been getting from the fashion community and people who have been our customers, among others. They are all seeking an explanation from Dior,” he says adding, “Now it is a question of hearing from Christian Dior. I need to know what is its take on this. With the kind of resources that Dior has, why does  it need to copy a design?”