Dia’s breaking down while speaking at the “climate emergency” session, brings home internet trolls by the hundreds. 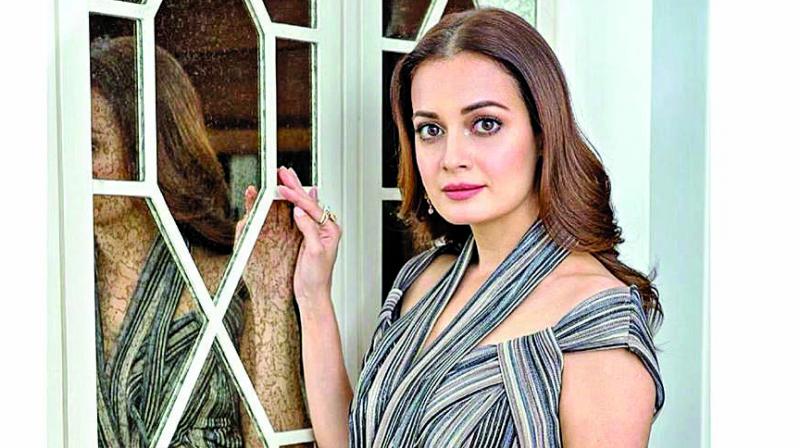 All was well at the Jaipur Literature Festival (JLF) till Dia Mirza decided to get in touch with the empath in her—and break down in tears — right there on the stage. “Don’t hold back from being an empath,” she stuttered as she held the mic close to her as the host sitting close by consoled her.

“Don’t be afraid of shedding your tears. Feel it. Feel the extent of everything! It’s good. It’s good. It gives us strength,” Dia continued. “It does. And this is not a performance.”

Just then, someone came up on stage to offer Dia some tissues. She turned to look at him and smiled, saying, “Thank you. I don’t need paper.”

While that statement drew her a loud applause from her audience, her fans and followers on the internet were not as kind.

The video that went viral on Twitter brought her some rude backlash.

Someone called Samir Saini (@IndusEyes) said in a comment, “The SASTI Greta says ‘I don’t need paper’ Coz fake tears won’t appear again if wiped once.”

Another user, Vikrant (@vikrantkumar), said, “Own big SUV’s (sic), travel by flight to Jaipur, Attend an event primarily for Book & News Paper.....Cry for the environment & Refuse a Tissue — how to become an environmental activist.”

Yet another user, FPL WarrioR (@FPLWarrioR), posted a picture of Dia getting out of an SUV, with the caption “I am here to save the environment.”

Not the best day or place for the usually dignified actress to shed a tear, we think.