The video shared on the internet made people wonder if this was a Pokemon. 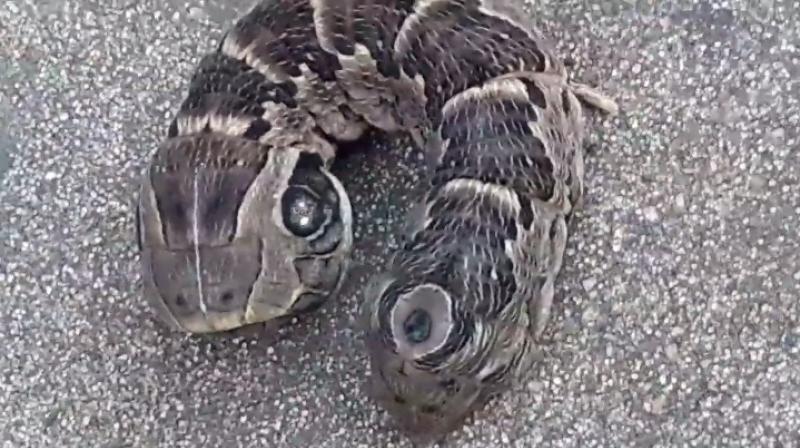 It turned out to be a rare species (Photo: Facebook)

People have gained access to a huge reservoir of information while being updated about every occurrence in any part of the world. Rumours and hoax videos of aliens and strange creatures have also been shared frequently, but should we be believing everything we see online?

The social media has been going berserk over the video of a new creature with two heads, three eyes and snake like skin. As soon as the video hit the digital space, people started figuring out what it was, as ideas ranged from the severed tale of a snake to a Pokemon.

It turns out that this is a species of caterpillar called the elephant hawk moth caterpillar, and it appears scary since it puts up the appearance of a snake as a defence mechanism against predator.