The legendary musician has teamed with bourbon makers Angels Envy to create a trio of small batch whiskeys. 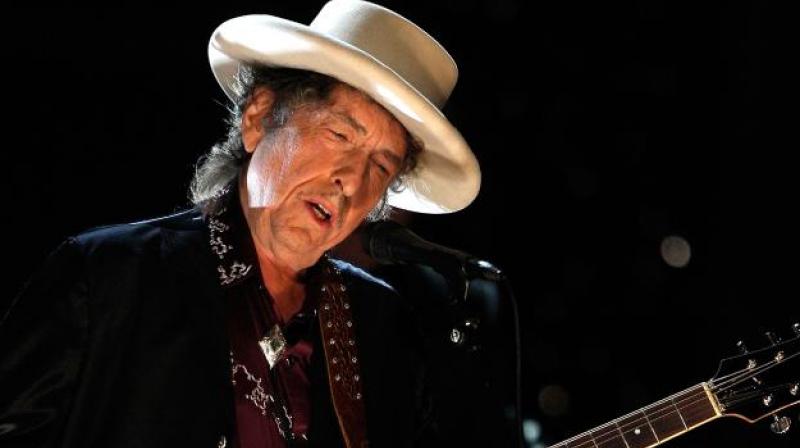 The legendary musician has teamed with bourbon makers Angels Envy to create a trio of small batch whiskeys: A straight rye, a double barrel whiskey and a Tennessee bourbon.

"We both wanted to create a collection of American whiskeys that, in their own way, tell a story. Ive been traveling for decades, and Ive been able to try some of the best spirits that the world of whiskey has to offer. This is great whiskey," Dylan said in a statement to the New York Times.

The whiskeys label is inspired by the musician?s ironwork sculptures, and Dylan becomes the face through a series of promotional photos that see him decked out in tuxedos.

According to the publication, Angels Envy founder Marc Bushala proposed the idea of a whiskey line to Dylan, who initially suggested the name Bootleg for the whiskeys, a nod to his ongoing archival series.

Heavens Door will release a limited edition "Bootleg Series" of the whiskey, housed in ceramic bottles decorated with oil and watercolor paintings, starting next year. The whiskey brand also plans on opening a Nashville distillery in 2019.