With social media flooded with pictures of Bollywood celebs who voted, experts reveal the influence it has on their fans and followers. 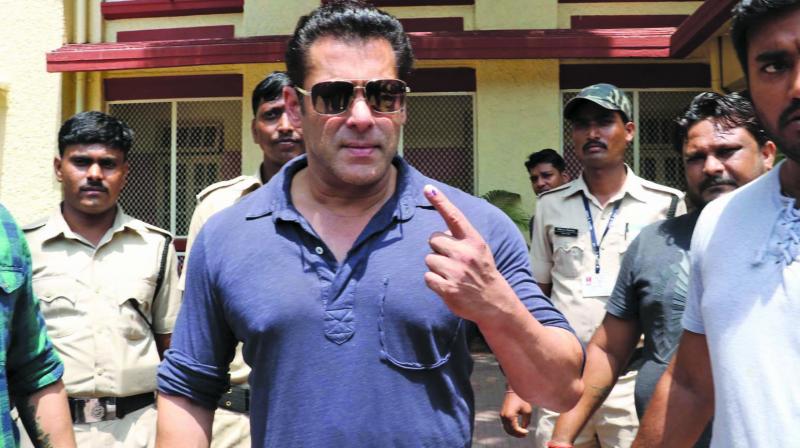 As the city witnessed polling for the fourth phase of the Lok Sabha elections yesterday, several Bollywood celebrities joined Mumbaikars to proudly get their fingers inked. Since voting is the ultimate civic duty in a democracy, the tinsel-town habitants too realise the importance of voting for many took to their Instagram accounts to parade their ink-stained fingers, urging their followers to vote.

Priyanka Chopra Jonas, who happened to be in the city to attend her brother’s wedding, was one of the first celebrities to queue up in the morning to vote. She soon posted a selfie with a caption that read, “This is the moment that matters...  Every vote is a voice that counts. #LokSabhaElections2019” Following suit, the Internet abounded with a string of such photos of stars such as Aamir Khan, Madhuri Dixit Nene, the Bachchans, Salman Khan, Madhavan, Kareena Kapoor Khan, Varun Dhawan, Tiger Shroff, Ranveer Singh, among others. 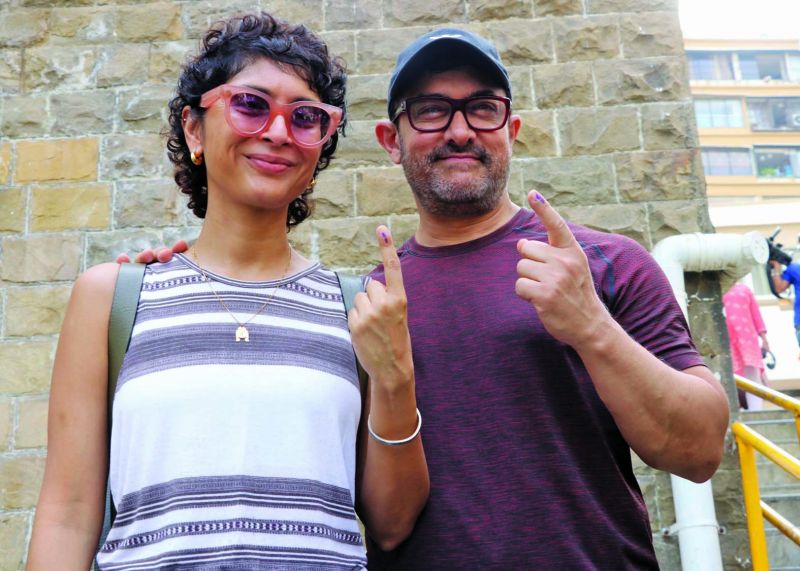 To exercise her right of voting, the veteran actress Shabana Azmi even jumped continents. After canvassing for the CPI candidate Kanhaiya Kumar in Begusarai, she rushed to attend an urgent meeting in Los Angeles on Friday night and returned to Mumbai in time to vote. “My body in such a state of shock that it’s forgotten to jetlag,” Shabana chuckles and adds that not voting must not be an option for any Indian. “If you want the government of your choice, you have to vote. You want change? Then make it happen,” says the actress who along with her poet husband Javed Akhtar has been an observant critic of PM Narendra Modi’s politics. Even Tiger Shroff, who had a song (with Alia Bhatt) from Student Of The Year 2 to release today, made it a point to drop his vote. “I think as a responsible citizen, voting should come before any other work on Election Day. I did what I had to,” says the young actor. 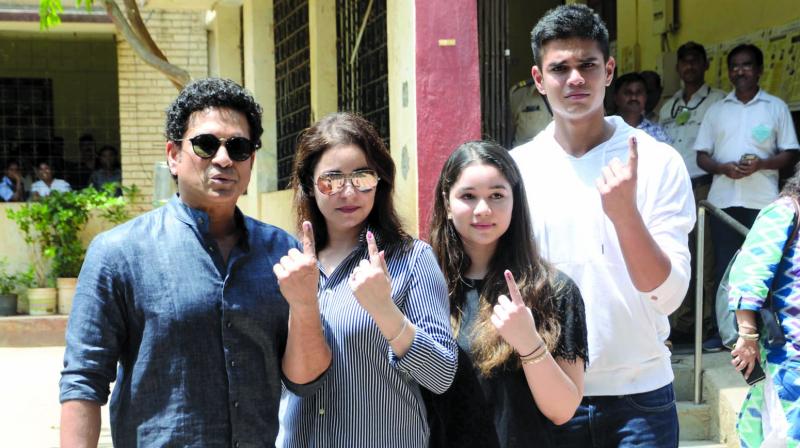 While films have, for the longest time, held a mirror to the society and its issues, film stars are using their influence to make the right noises.  Whether it is Shah Rukh Khan’s upbeat video urging people to vote or the film fraternity asking the citizen to exercise their right, it reflects how celebrities have become the new-age megaphones to reach out to the masses. “The film stars are the mass representatives and they are urging the masses to vote because they feel we need the right candidate to rule our country. I think it makes a lot of difference when top-level people come out and urge you to vote,” says an image consultant Chhaya Momaya.

There is no doubt that the mass appeal that the celebrities share among their fans and followers often gets commercially tapped by the ubiquitous promotions on their social media accounts. Perhaps realising the same potential that celebrities have as influencers, PM Modi in a tweet had asked Aamir Khan, Amitabh Bachchan, and SRK to ask people to vote last month. Pointing at the burgeoning influence, the social media expert Hitesh Rajwani highlights the cause-effect relationship of these posts on the followers. “When they chose to go out, vote, and then urge people to vote, it actually creates that ripple effect that if a celebrity or someone I follow is voting, getting out and exercising their right to vote, then probably I should also go and do it. It’s all about tapping into their influence at the end of the day. And the masses do get affected and influenced,” he says.

Although one must also look at how these photographs benefit the celebrities. As public personalities who are always under the garb of glamour, these photos provide them the opportunities to connect with their fans on a humane level. “When it comes down to simplicity, they realise that they are like normal human beings and so their get-up won’t be fancy, instead they come in their basic clothes. It’s them basically trying to identify with the masses,” highlights Chhaya. Elaborating on this image-building aspect, Hitesh concludes, “For a celebrity to be relevant, and add another facet to their personality, they do take up certain causes. Such photos show that they have another side to their personality and they are not just about glamour quotient.  They exercise their rights and take up certain fundamental duties as per the constitution. So for them to go out and tell people to vote does tell the world that these people are not just living in a fancy world, but also lead a normal life.”
—With inputs from Subhash K Jha