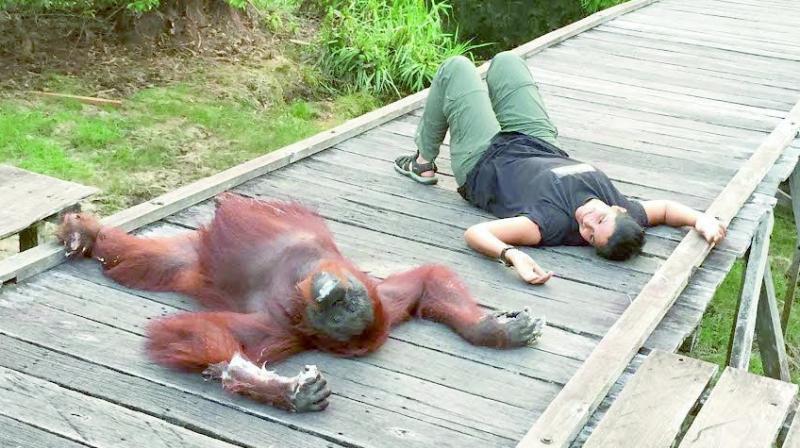 Manjiri Latey unwinds with an orangutan.

Many brushed her beliefs off as “figments of her imagination.” Several rubbished her claims of communicating with animals and “listening” to nature. But, for Manjiri Latey, the animal communicator, wildlife enthusiast, avid trekker and outdoor aficionado, none of that mattered. In her own words, she cared two hoots about what people said, much less about what they thought. She refused to justify her belief, passion and her trust in nature to convince others.

Manjiri is a lot of things bundled into one. She has spent most of her life travelling and working in forests and mountains. She is also a passionate and trained “telepathic animal communicator.” Through their website, earthwise.co.in, Indrajit and Manjiri do workshops on telepathic animal and nature communication, offer outdoor education, and NLP (neuro linguistic programming) certification courses.

With her ability to communicate with animals, she has worked successfully in various arenas, from tracing lost pets to treating illness in animals!

According to Manjiri, animal communication is telepathic and is an ancient art that both empowers and humbles a person. She firmly believes that every individual is capable of a dialogue with nature, explaining, “It’s like telephonic conversation,” she begins to explain about telepathy, adding, “A telephone conversation happens long distance via technology, while ‘tele-pathy’ is a long-distance communication through empathy.”

Wow! Indeed. Haven’t we all had moments when we think of a person and she/he calls or pays us a visit? That’s telepathy. It’s the belief in this that can take us further and deeper.

“This communication has no language. I may ask an animal a question in which ever language, but the answer comes into my system — there are channels which tell me what that animal wants!” she elaborates.

As she delves further into the art of communicating with animals, she explains that the guidance always comes from the animal itself, but unless we are ready for it without our ego interfering, we may find it difficult to comprehend.

“Healing an animal is something that humans need, more than anything,” she says, adding, “It, infact, heals us! Surrendering to nature and living as close to nature as possible is what we, as humans, need at this hour. Most of the human-nature conflict will then dissolve,” she insists.

Talking about her several experiences, she recounts her tryst with a rescued donkey that wanted to forgive his owner, who had beaten him up mercilessly. He had even gone ahead and communicated that the human had no relative of his own, except himself (the donkey) and hence, needed to be forgiven. 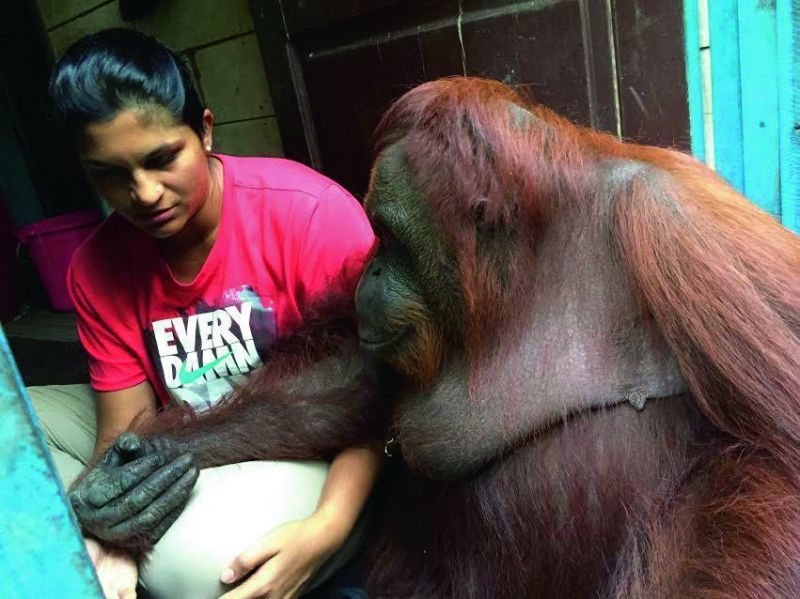 She has worked successfully with several species of animals, from pets like dogs and cats, to a donkey, and an orangutan, and often takes guidance from nature to understand what they have to say. She explains that their idea of spirituality and energy is more evolved than humans!

Explaining that animals often act as mirrors, Manjiri points out that they can absorb the negativities and even take on life-threatening diseases that any of their human family members may be affected by.

Also, animals have the innate ability to understand the intent and energy that each human carry with him or her. So, if your pet takes a dislike to someone, you must avoid that person! It’s a warning from your four-legged friend!

Manjiri explains how animals and the rest of nature are well connected! “It’s us humans who are disconnected. We live in several storied houses, far from the ground. We wear high-heeled shoes. We are tech savvy-basically, we are moving away from reality! Our physical contact with the bare ground is minimal. The farther away we are from the ground, the less we are connected to nature and the less we are in sync with our energies,” she explains.

“Lie down on your stomach on  the grass, or walk barefoot in a forest, or go hug a tree — it can be a life-changing experience,” she advices.

Even as we read about Manjiri and her wonderful work towards nature, she is away from her Pune home, the world of humans, technology and clutter, in far off Himachal, where she is probably gathering more insight.