Devin Shomaker’s rooftop grapes will not produce their first barrel of wine until 2019. 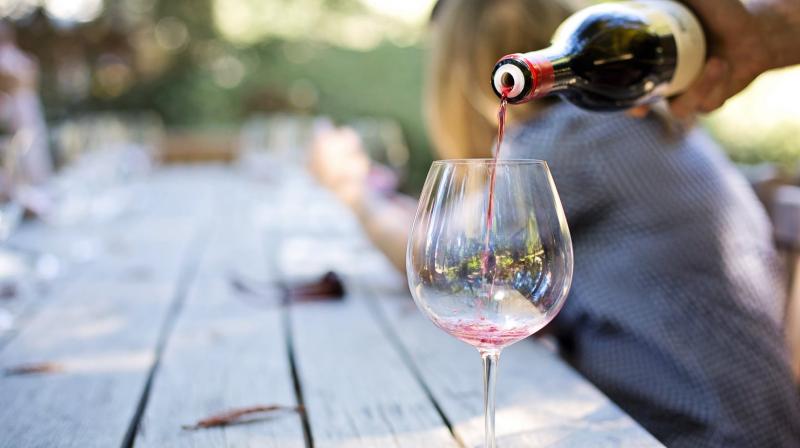 Instead, the 34-year-old entrepreneur sees a rooftop in New York City’s post-industrial Brooklyn Navy Yard as the perfect place for a vineyard. “There is zero disease pressure here,” Shomaker said, gesturing to row after row of vines in individual planter boxes, laden with not-yet-ripe grapes. “The constant swirling airflows reduce pressure from fungus. And we have exposure for days.”

As the founder of Rooftop Reds, one of the world’s first commercially viable rooftop vineyards, Shomaker joins a growing number of small business owners that aim to meet rising demand for locally sourced products.

Urban agriculture is booming in New York City and other U.S. metropolitan areas. At least seven commercial urban farms now operate in the city. Many utilize rooftops in an area where ground space is scarce. “People want to know how their food is produced,” said David Falchek, executive director of the American Wine Society, a consumer group. “The more you can tell people about the products they’re buying and the closer they are to home, the better.”

Other New Yorkers have set out to make wines for their own use from grapes grown on rooftops, but Rooftop Reds is paving the way for selling such wines to the public in the United States. Other commercial urban vineyards are popping up in places like Mexico City, where the Vinícola Urbana winery released its first roof-grown vintage last year.

Shomaker’s rooftop grapes will not produce their first barrel of wine until 2019. Until then, Rooftop Reds is offering wines made from its grapes grown in upstate New York as well as reserves from other labels.

It expects its first batch, about 300 bottles of its signature red blend, to come out next year. That vintage may be beyond the means of New Yorkers on a budget, as Shomaker said he’s planning on selling them for $1,000 each. “It’s the first of its kind – we’re really pushing the envelope here,” Shomaker said in justifying the price. “It’s a collector’s item. And if no one wants to buy it, I’ll drink it myself.”

Rooftop Reds’ 15,000-square-foot space, which opened to the public in 2016, features hammocks, picnic tables and lounge chairs spread out among 42 rows of Bordeaux red grape vines.

Visitors can sample wines from the Finger Lakes region in the vineyard’s on-site tasting room, play cornhole on the lawn or admire the view of the Empire State Building to the west. The winery also holds weekly events like movie nights and yoga sessions, which Shomaker says sell out regularly.

Shomaker designed the space, atop a four-story brick building, to help New Yorkers reduce stress without having to leave the city. He hopes to make it easier for city residents to visit a vineyard, something that normally would require a day trip to Long Island or upstate New York. “You can take public transit to reach us very easily,” Shomaker said. “I want to expose people to the agricultural side of the wine industry and get people excited about urban agriculture.”

Rooftop farming can also help with “beautifying and greening” the city, Shomaker added. The presence of plants purifies the air, and producing wines locally creates a lower carbon footprint than importing them from Europe or elsewhere.

What he expects will draw the most interest in Rooftop Reds, however, is the taste. “There will always be people who are skeptical,” Shomaker said. “But the proof is in the fruit.”