Metamorphosis of an artist

When Anurag Hoon joined Manzil, he just wanted to learn music here. Today, the 26-year-old is an inspirational CEO of this NGO. 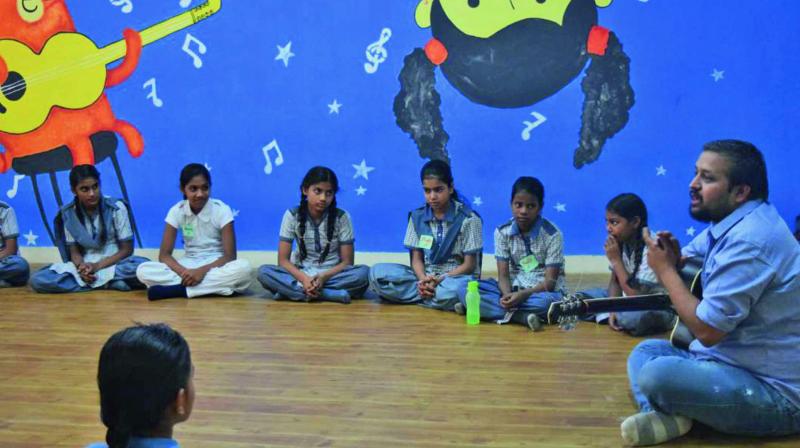 CEO of Manzil, Anurag Hoon interacting with children and teaching them music.

“I was an introvert with very low confidence but Manzil transformed me completely into a proactive person who knows how to raise his voice when required,” says Anurag Hoon, the CEO of non-government organisation Manzil. The NGO provides a learning platform to underprivileged children by teaching them subjects like Maths, English, computer skills and art. It is interesting to note that here nobody has a fixed designation, a teacher is also a student and vice versa. The organistion has thirty centers and 800 volunteers.

He was 19 and wanted to learn music without telling his family as they frowned on music as a profession. “Initially, it was difficult for me to adapt to the new environment because I was an introvert and felt that like my family and friends they too would not listen to me. I soon realised that this is the platform I needed the most.”

He started engaging in several initiatives by the organisation where he got the opportunity to make projects from scratch, take decisions, organise events and anchor them. All this imbued him with the self-confidence. 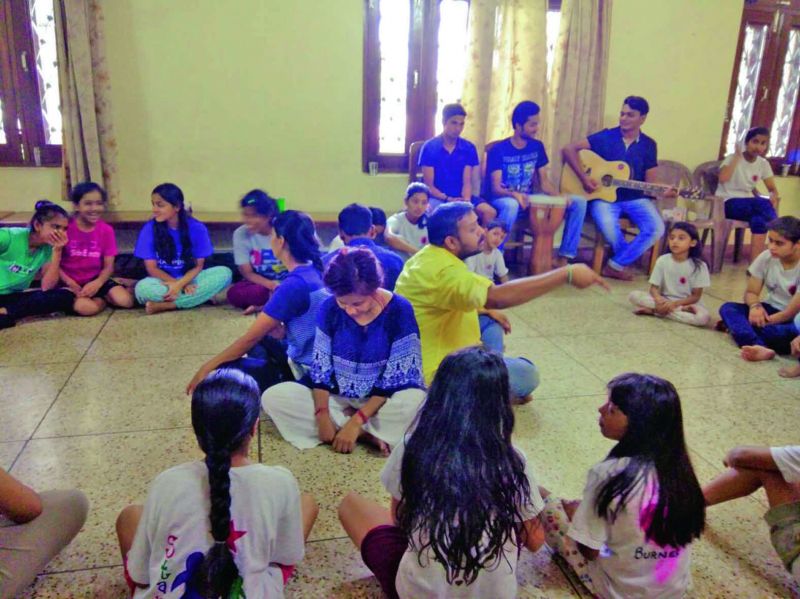 He completed his Bachelors from Dayal Singh College of University of Delhi, but he calls himself a student of Manzil. He states, “There I got the opportunity to pursue my passion without any fear of judgment from others. I learnt to sing and hone my creativity. After completing my studies, I was offered a job here and I took it up immediately. I put together a band named ‘Manzil Mystics’ which draws inspiration from the works of Kabir, by collaborating with my friends from Manzil.”

The band is a part of the organisation and emphasises on teaching life skills, reproductive health, menstrual hygiene and history through music. The band also composed music in honour of the Preamble of Indian constitution in 2014.

Under ‘Learning Through Music’, a project of this band, the team endeavours to teach music aspirants the technique of singing, writing and composing a song along with educating them about other important subjects like self-discipline, decision-making, leadership and responsibility. There have been 2,000 workshops under the project all across India in four years.

He explains, “We started the project with a very small team and planned to arrange workshops in limited government schools for students. But the project became very popular and many schools asked us to do a session in their institutions. It is indeed a great feeling.”

Anurag became the CEO at the age of 26. He admits that Manzil didn’t just impact his professional life but influenced his personal life as well.

According to him, “My family and friends who were once skeptical about my career choice now have confidence in my decisions. I am glad that I am the change-maker here. Unlike many other friends of mine who have become tired of their jobs, I have fallen in love with mine. It gives me satisfaction and pushes me to do better in life.”